14 Feb Symposium: From Counter-culture to the Capitalocene: Antonioni’s Zabriskie Point at 50

Michelangelo Antonioni’s Zabriskie Point was a critical and commercial failure on its release in 1970. Antonioni was accused of not understanding America; the film was seen as a superficial aesthetic engagement with landscape and the emerging counter culture.

Fifty years on, the film’s attunement to capital’s impact on the Californian landscape – an early and trenchant visualisation of what may be called the Capitalocene – is coming into view. Furthermore, in Antonioni’s rendering of the US, any trace of dissent is violently policed; a highly prescient mainstream framing of militaristic management of dissent in the land of the free.

On its half century anniversary, this symposium revisits the film as a precursor of cultural and environmental critique in the cinema. Speakers will draw on contemporary reverberations of the filmmakers vision and his anticipation of material culture will make for a multi-faceted exciting symposium relevant to today's engaged students of film and media. 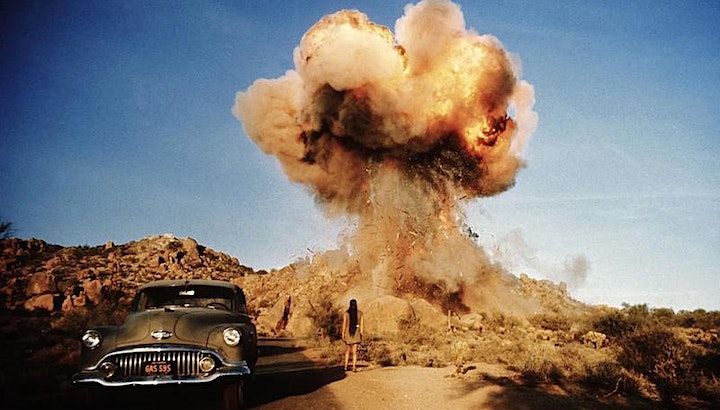 Schedule of the day:

12:20 Teresa Kittler ‘One of these days trees will be as passé as horses’: Michelangelo Antonioni and the ecological imaginary of Italian Art (University of York)

14.00 Flavia Frigeri ‘Willing to die but not of boredom’: Destruction and Psychedelia in and around Zabriskie Point (UCL)

Symposium is free to attend; however please register here