The Crafts Study Centre (CSC) has announced the publication of two new monographs covering the work of the lettercarver Ralph Beyer and the ceramicist Bernard Leach. Both books cast new light on the work of the two men, both considered British creative leaders of the 20th century.

Ralph Beyer is a letter carver and lettering designer best known for his work on Basil Spence’s Coventry Cathedral, regarded as a landmark in 20th century post-war architecture and design. Beyer came to the UK from then Nazi Germany as a 16-year-old exile and worked with Eric Gill before setting up his own workshop. ‘The Inscriptions of Ralph Beyer’ (Lund Humphries) has been written by John Neilson, a member of the CSC Acquisition Committee and himself a lettercarver. Neilson’s depiction of the life and work of Beyer is praised by the artist and writer Edmund de Waal in the book’s foreword: “In this magnificent book John Neilson uncovers the legacy of Ralph Beyer with huge sensitivity. It is marvellous to be reminded of this strong-willed, passionate cultured force who brought alive words and stone.” 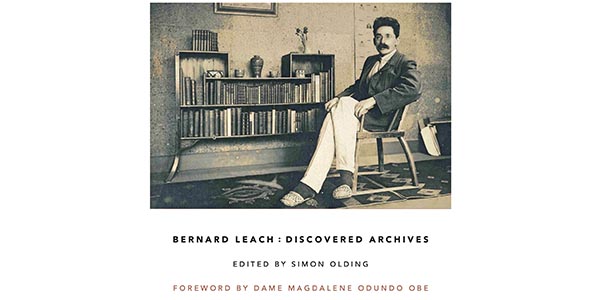 CSC director Simon Olding is the editor of the Centre’s second publication, “Bernard Leach: Discovered Archives”. Olding’s detailed knowledge of Leach’s life and work is widely recognised, and this monograph follows on from the CSC’s 2020 exhibition ‘The Leach Pottery: 100 years on from St Ives’, which included first sight of a substantial collection of newly-acquired archival materials. As well as Olding’s analysis, the book also includes new findings from Japanese scholars including Dr Sadahiro Suzuki who unravels the complex travels of Leach in Japan in 1934-35, and Yuko Matsuzaki Kawakita who compares Leach’s personal collection of ceramics to that of his great friend Shoji Hamada, now housed in a museum in Japan. 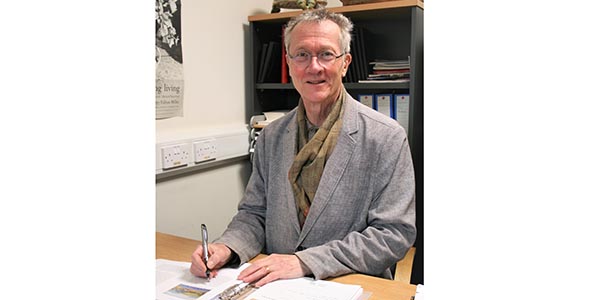 The book is made complete by a sensitive and eloquent foreword by Dame Magdalene Odundo, UCA Chancellor. Dame Magdalene recalls a student trip from Farnham to the Leach pottery where she met both Bernard and Janet Leach – a trip, she says, that ‘influenced my own journey as a ceramic artist’. The ceramic artist Alison Britton adds: “It is so important to publish so many previously unseen archives now in the Crafts Study Centre’s collections to a wider audience, and the tone of the text is perfect.”

Both books are available for sale from the Crafts Study Centre’s new online book shop (https://www.csc.uca.ac.uk)

Lettering designer and carver John Neilson will be in conversation with design historian Tanya Harrod about his new book The Inscriptions of Ralph Beyer, published on 11 January by Lund Humphries. Ceramic artist and writer Edmund de Waal, who wrote the foreword, will contribute some introductory thoughts. Tickets – free-of-charge - can be purchased here:https://insidersoutsidersfestival.org/event/the-inscriptions-of-ralph-beyer/