A slight cloud of steam hung as usual above the warm waters of the spring: rose and drifted away in the soft currents of air that circulated through the caverns. Our life, he said, is like a cloud that rises from the earth: it floats in the air until it strikes the cooler surface of the rock, and there condenses, and becomes the more solid element of water. The water in its turn changes its form, solidifying on the surface of the rock. Everything solidifies: that is the law of the universe.

Inland Far was the original title of poet and critic Herbert Read's only novel, completed in 1934 and published as The Green Child.  The exhibition uses the original title to foreground the emotional, philosophical and psychological landscapes that the work explores, which in turn connect to Read’s interest in psychoanalytic theory (in a letter to Jung he claimed that the novel was a product of automatic writing). 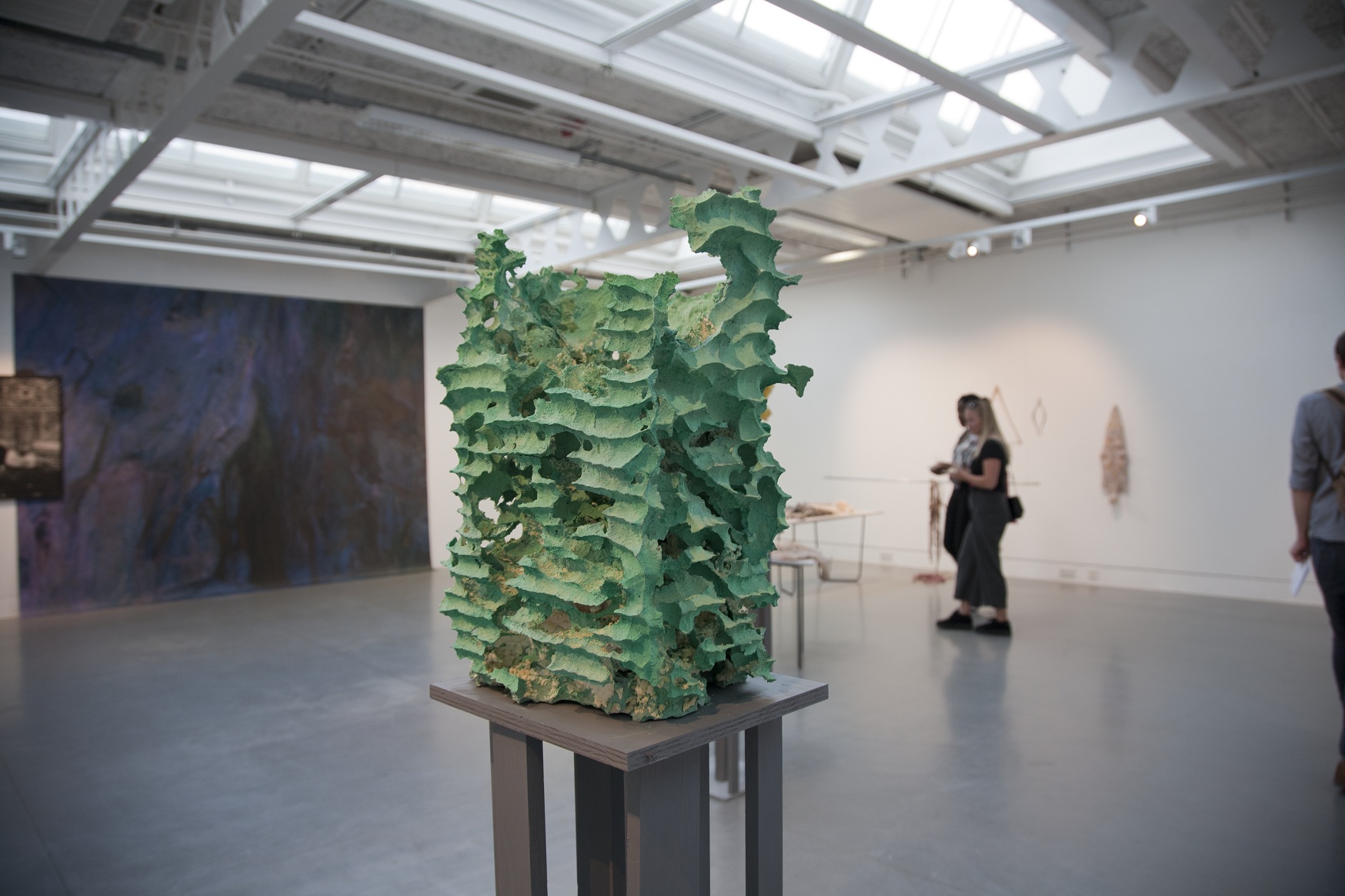 The book is mysterious, heavily symbolic, mythic and dream-like, and incorporates both Modern and Surrealist influences.  In the final section the protagonists plunge into a pool and, surrounded by a large bubble, come out in an underground, parallel world of crystals, caverns and grottoes, with green tinted people living in a sophisticated society structured around intricate rituals and philosophies.  It is the atmosphere of this section that Inland Far particularly draws upon, evoking a subterranean phosphorescent world, where the organic and inorganic, and animal-vegetable-mineral freely mingle.

Inland Far features work by a range of emerging and more established artists who work across different mediums, ranging from ceramics, sculpture and video, to painting and photography.  Mimei Thompson’s cave paintings investigate the idea that the natural consistently exists as a construct and are in many ways Surrealist, whereas Florian Roithmayr’s at first glance Modernist sculptures illustrate what happens when one surface yields to another. 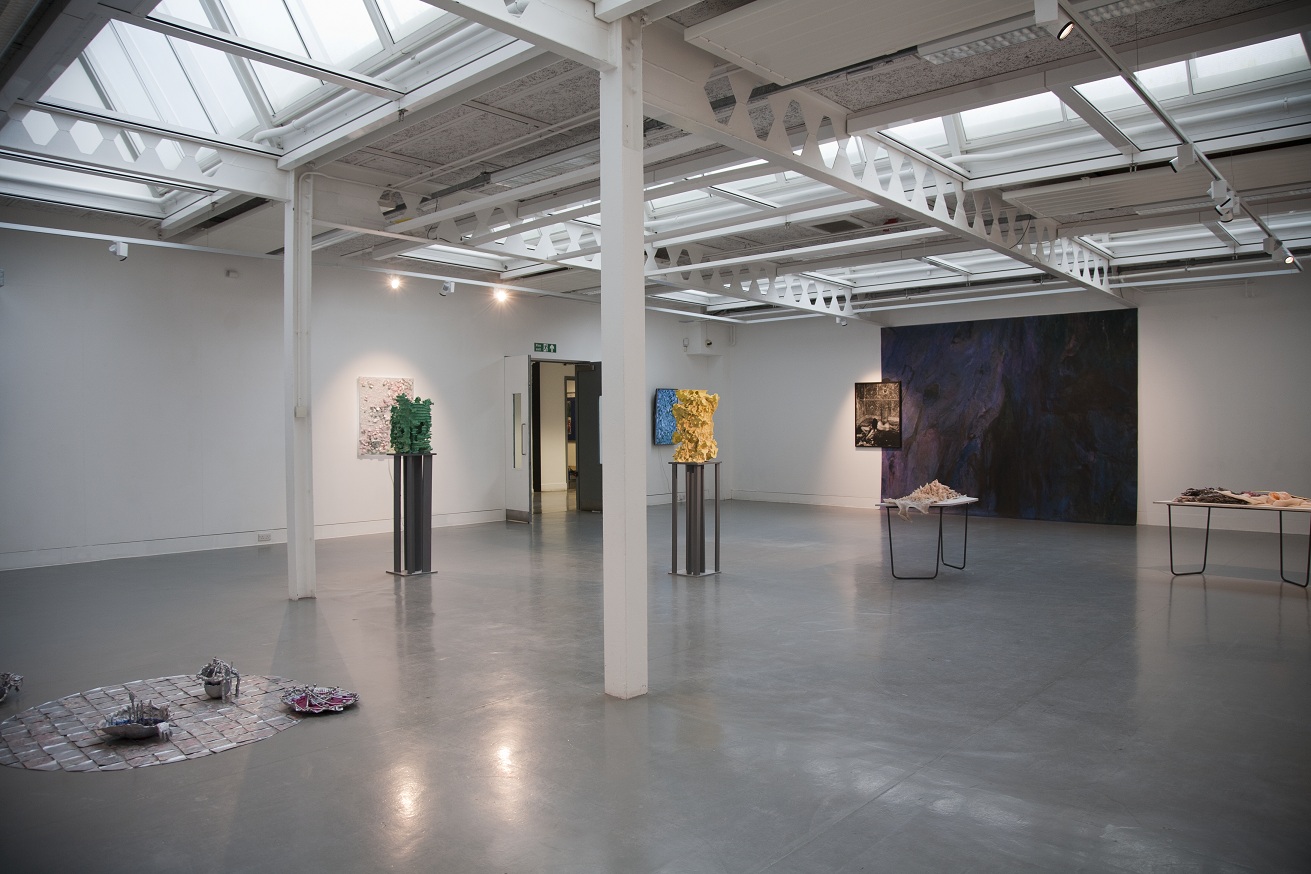 Miriam Austin, Adham Faramawy and Esther Teichmann all explore imagined and hybrid territories. Austin works with organic materials including flowers and latex, in sculpture and installation; Faramawy on digital film with CGI effects, and Teichmann with installation and large scale painted photographs. Susan Finlay and Salvatore Arancio both share an interest in psychedelia. The point of departure for Finlay’s sculptures is art nouveau revivalism, whereas Arancio collages images from the cult 1980s TV series The Cosmos and sets them to a trippy prog soundtrack.

For more details about the Herbert Read Gallery, go here.