Facing Extinction is an ambitious re-working of Gustav Metzger's seminal work Mass Media: Today and Yesterday. Thousands of newspapers stacked in a rectangular mass in the centre of the gallery space collected and sourced by staff and students from UCA and partner institutions.

During the opening and for the duration of the show, the public will be invited to interact with the work, selecting articles in response to the subject of extinction and pinning them to the gallery walls. Metzger's installation is intended to be a work in a state of flux; continually changing and growing as visitors are invited to add newspapers to the stack. 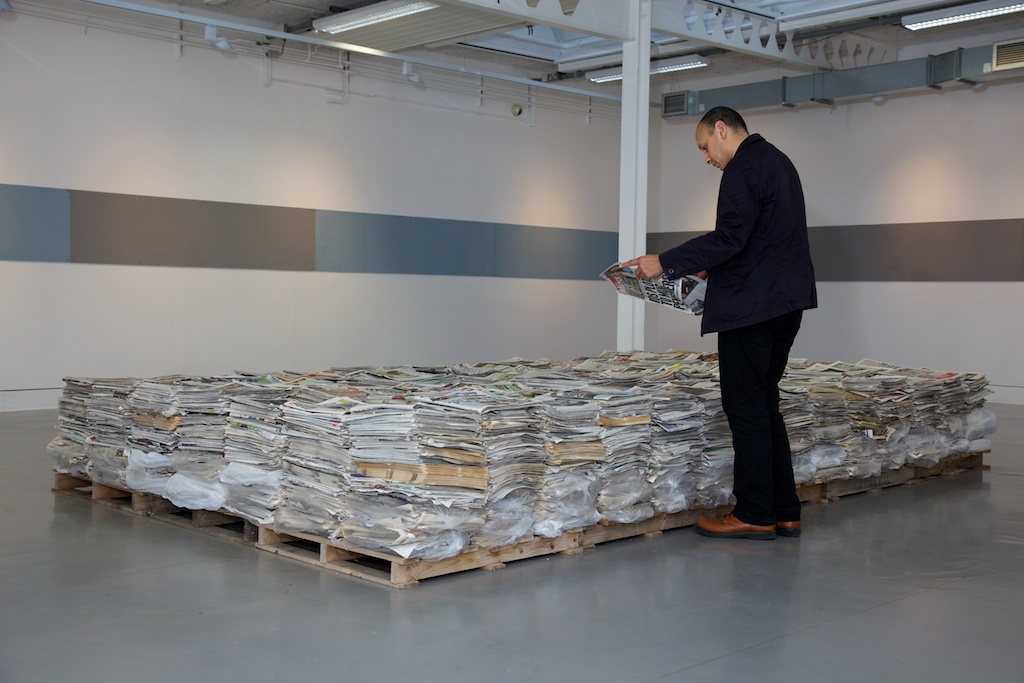 For the past six decades, Gustav Metzger's art has responded to political, economic and ecological issues in the UK and around the world. Creating manifestos and events since the early 1960s, he developed the concept of Auto-Destructive Art and Art Strike movements, which addressed destructives drives in capitalism and the art industry. About his upcoming exhibition at Canterbury, he states: "I want this work to be useful, to emphasise the dangerous environment in which we live - events of life and death that can lead to extinction."

Gustav Metzger will also present his first digital work as part of the Extinction Marathon: Visions of the Future on Saturday 18th and Sunday 19th October, a special live transmission from Facing Extinction on www.todayandyesterday.co.uk - linking the two sites of the Serpentine Galleries in London and Herbert Read Gallery in Canterbury. Throughout the two day broadcast, Fine Art students from Farnham and Canterbury will be found in a dynamic activation of Metzger’s work, selecting, cutting and collaging articles across the gallery walls in response to the subject of extinction. 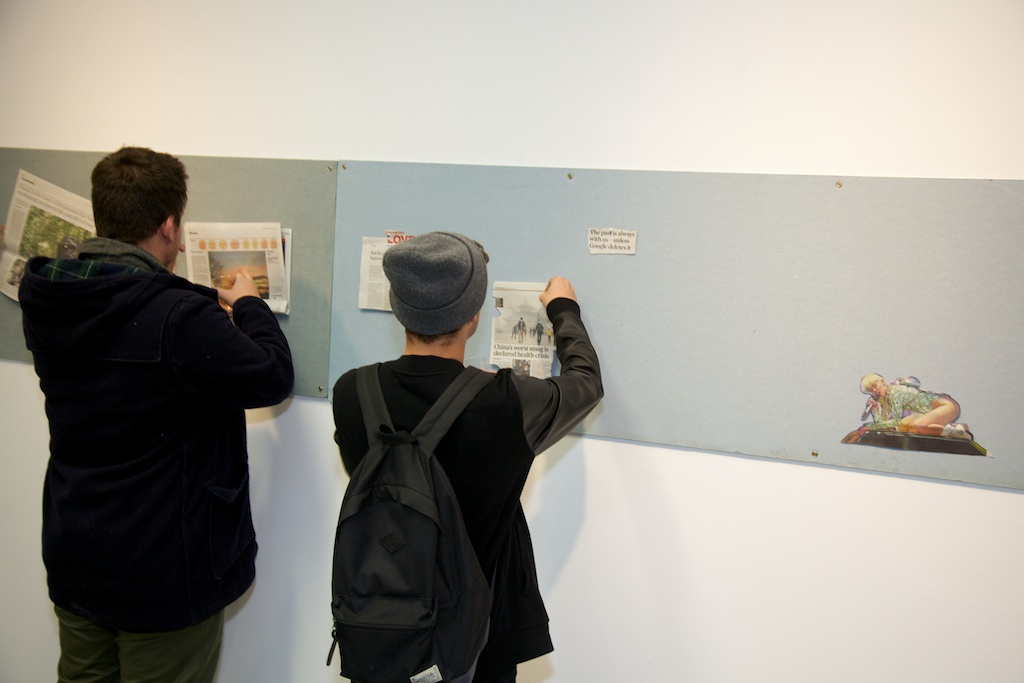 Project initiated by the Fine Art Department at UCA Farnham. Curated by Andrea Gregson. With support from the Interregional Culture-led Regeneration program. 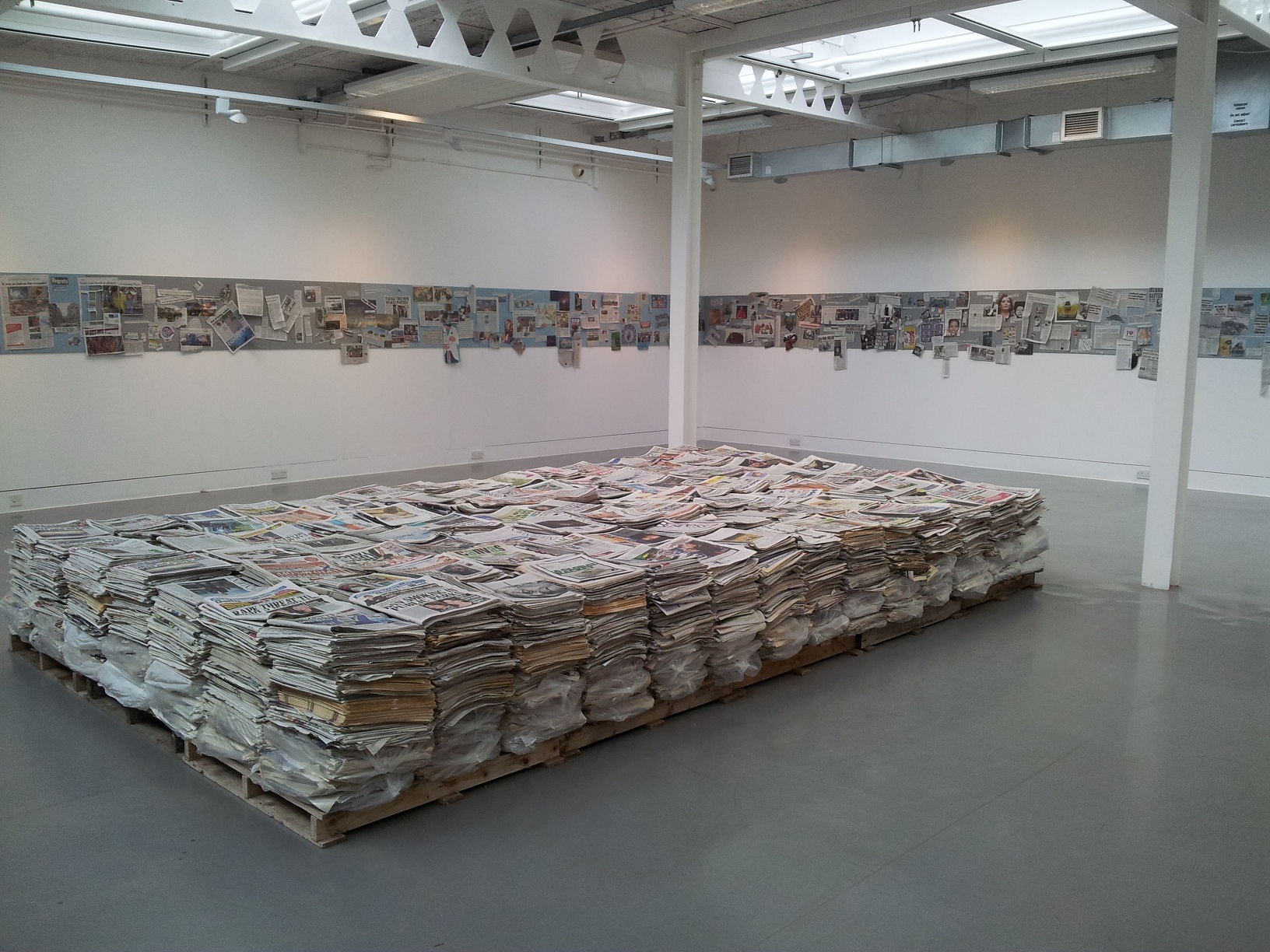