Adventure, art and harmony
– in a pink bear suit

How far would you go to seek the art you want to make – to the top of a mountain, perhaps? Or the canals of Venice? Maybe even a jungle? For former UCA student Paul Robinson and his bright pink bear suit, nothing is out of bounds. Above, one of Paul's images, "I used to be a Polar Bear"

Paul, who goes by the artists’ name LUAP, has been travelling the world capturing himself wearing his bright pink bear suit through photographs – or painting the bear in hyperreal situations.

“For me, it’s about getting the contrast between these really natural landscapes with something manmade (the bear suit). It’s a commentary on how humans touch everywhere and everything, and how we need to try to live in harmony,” he said.

Paul graduated from UCA Canterbury with a degree in Fine Art in 2005. He came to university with an established style but found his learning journey to be a lot about self-discovery. 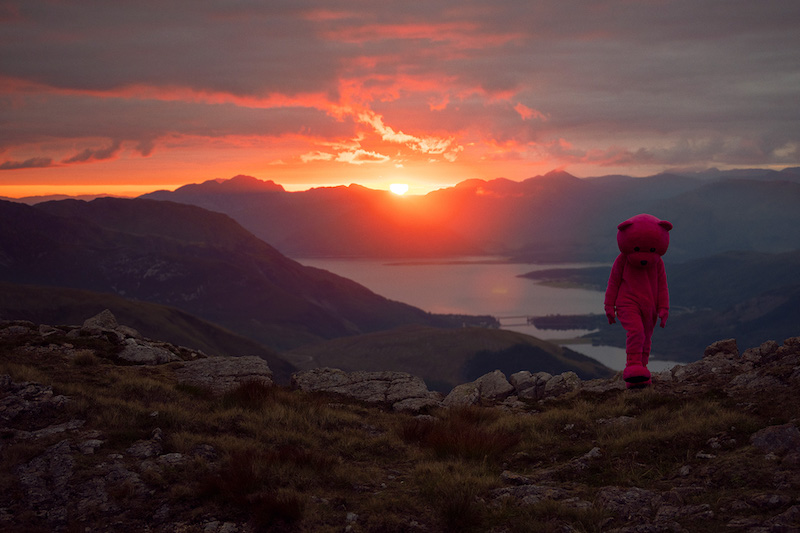 “It was lots of experimenting and developing my own mark marking, and finding my own voice,” he said. “I remember taking a washing machine apart at some point! I do still use some of the techniques I used back then.

“One of the things I remember most was this visiting lecturer, he was a lawyer I think, and it was all about business – how to set up your business, claiming tax back for your expenses, things like that. It was valuable in the sense that when you’re starting off, it’s all about money! I didn’t come from anything much. There’s a lot of affluent people in the art world, and I wasn’t one of them, so the idea that you could claim back expenses when you’re starting out was a game-changer for me.”

Paul’s art takes him around the world, and he’s been to 60 different cities, beaches, mountains and more so far – from the Atacama Desert in Chile, to canals of Venice, and the Komodo Islands in Indonesia. 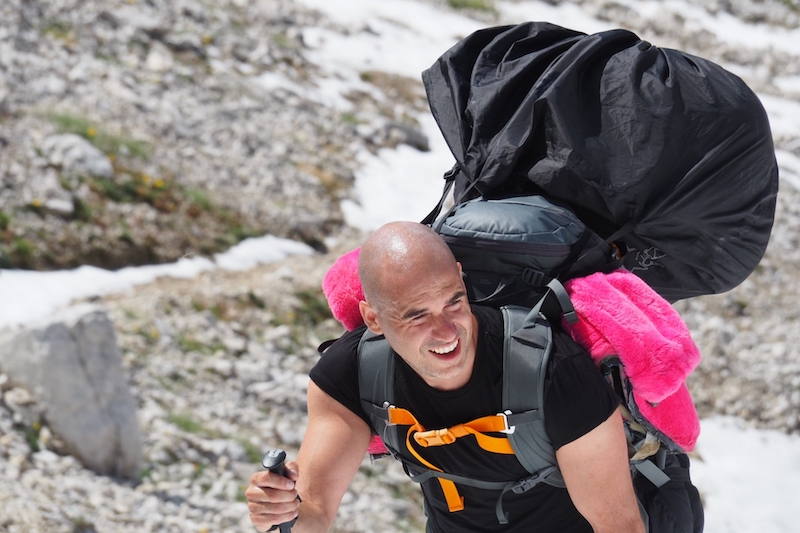 His current adventure a journey to the middle of Mongolia, on horseback – he’s been taking riding lessons – to attend the Golden Eagle Festival. There, he hopes to capture himself in the suit aboard his horse, with a golden eagle on his arm.

“It’s become a goal to get the next amazing shot,” he said, ahead of his trip. “For this Mongolia trip, I don’t like horses but it’s ten days on horseback to get to take these images in the middle of nowhere, so I have to learn. It’s my drive to create something interesting. I think of the image I want to create first, and then find the place that will work for it. So, Mongolia was supposed to be two years ago, but COVID-19 paused it. Iceland is on my list, or Canada, just because I want to get the Northern Lights.

“Probably the most dangerous trip was in Scotland in 2020, when I went to the top of Glencoe to get to a wild camp at the top. But we ran out water and then we couldn’t get the gas to light. So, it was four hours to get to the bottom, in pitch black. There were sheer drops we couldn’t see, we were dehydrated, and I had 20kg of camera gear and a bear suit to carry. We did get down in the end, but it was very hairy.”

With all these long and sometimes dangerous journeys, it’s unsurprising that there have been several iterations of the bear suit. His first suit got destroyed at an exhibition in Berlin, while another got ruined in Australia by a giant wave, along with his new state-of-the-art camera.

Paul also does huge paintings, that can take months to make, but that fetch big money – for example his “Portrait Of An Artist (One Figure And Three Bears) After Hockney”, which sold for £40,000 in 2020. And he takes commissions, some of which can be quite leftfield. 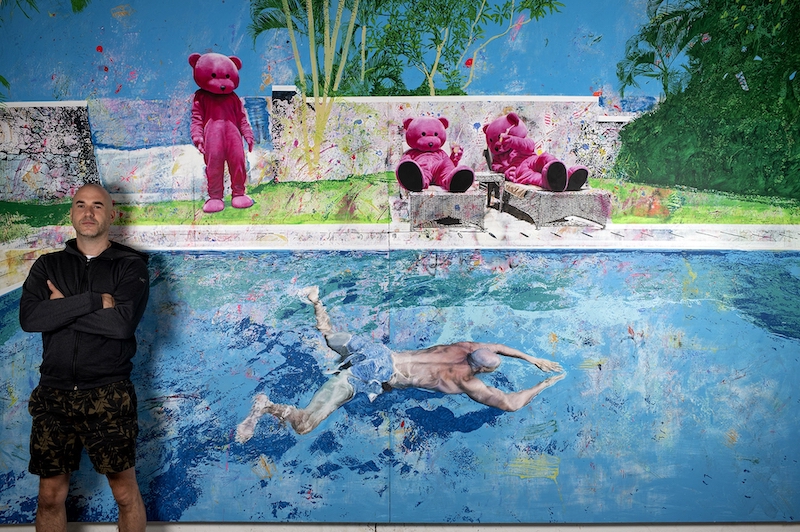 “I went to Sydney once – I freely admit I was drunk when the person asked me, and I didn’t remember agreeing to any of it but clearly, I did, because they sent me a message to confirm it and then sent me out there for three days. It was very cool!,” he said.

If you want to see more pink bear adventures and the work of LUAP, you can see his website, www.luapstudios.co.uk or follow him on Instagram, @LUAP

All images courtesy of LUAP.