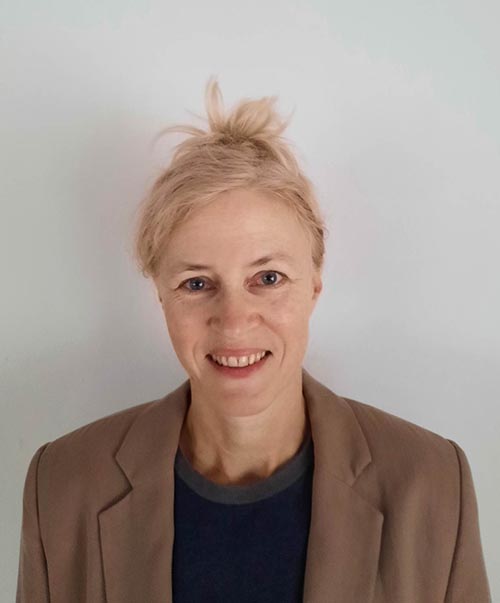 Her research often examines documentary moving images in their human and nonhuman environments. Silke’s research and teaching is transdisciplinary, between the disciplines of film, art, television and philosophy (Spinoza, Deleuze, Uexküll) as well as transversally between theory and practice. It explores ethical and eco-aesthetic relations in and around images especially with respect to materialisms and realisms.

Her short essay ‘Of Cows, Cryptocurrencies, and Machines in Images’ was published on the online documentary platform Docalogue in March 2020. Her essay debating the question ‘Is the Sparrow an Aktant in Being Shot?’ will be published in a collection about documentary in German next year.

She has co-edited A Critique of Judgment in Film and Television (2014) which includes her chapter ‘The Judging Spectators in the Image’ discussing the shift of the judges of aesthetics as separated from the work they judge to being immanent to the image - from Kant to The X-Factor - and with it the repositioning of the relationship between theory and practice.

Silke was the co-investigator of the Screening Nature Network (2013-14) and has written about ‘Ten Skies, 13 Lakes, 15 Pools: Structure, Immanence and Eco-aesthetics in The Swimmer and James Benning’s Land Films’ in Screening Nature: Cinema beyond the Human (2013). Another chapter, ‘Men in Huts in Woods: Independence, Transcendentalism and Technology in James Benning’s Thoreau and Kaczynski Documentaries and Exhibition,’ on work by the same filmmaker appeared in James Benning’s Environments (2018).

Her chapter ‘“The Bullets confirm the Story told by the Potato”: Materials without Motives in CSI: Crime Scene Investigation’ (2007) examines object subjectivity.

She has explored documentary as painting with respect to Alexandr Sokurov’s Elegy of a Voyage in Third Text (2006) and looked at ‘What Drawings Can Do That Films Can’t’ in Blind Movies (2009).

Silke sometimes makes one-shot videos such as Snow Business which has been shown at the Whitechapel Gallery. She has taught consistently in art, film and media departments in the UK such as Chelsea College of Art and Design on BA, MA and PhD level, and has received her PhD from the Film Studies department of the University of Kent. She is a Fellow of the Higher Education Academy.

Silke’s present research addresses the relations between the material on the one hand, and the ethical and affective on the other. She currently works on two monographs, one on situated screens, and one on innocence.

Silke has peer-reviewed for the publishers Bloomsbury and Wallflower Press, for the journals Deleuze Studies, Screen and the Journal for Media Practice, and for the Marie Sklodowska-Curie Fellowship.

She is a Fellow of the Higher Education Academy since 2015 as well as a member of the Society for Film and Media Studies and the Society of Authors, and a co-leader of the Documentary Special Interest Group of the British Association of Film, Television and Screen Studies.

Silke was granted funding for the symposium Ethics, Art and Moving Images (2016) from the University for the Creative Arts and the Centre for Critical Thought at the University of Kent.

Silke was also the co-investigator of the Screening Nature Network (2013-14) which was funded by the Arts and Humanities Research Board. Screening Nature symposia and screenings took place at the Whitechapel Gallery, the Tate Modern, the Horse Hospital, the Goethe-Institut and Queen Mary University in London.

Moreover, she received funding from the British Academy for the symposium and retrospective Werner Herzog’s Cinema between the Visionary and the Documentary (2005) at the Goethe-Institut and Institut Francais in London.