Acting and Performance graduate Jamahyl Chan-Ellis has just completed his most prestigious job yet – performing at the National Theatre. We caught up with him to find out more about the experience. It's been a varied few years for Jamahyl, who graduated in 2018 with a first, with performances and modelling interrupted by the pandemic, with his appearance within the ensemble of Small Island his first major part.

"Once I left UCA some of my peers formed an ensemble and toured our graduation piece which was based on Grenfell Tower,” he said. “We toured for just over a month in a handful of pub theatres in London. Around the same time, I started modelling and ended up being noticed by some agencies. I was then part of a Sports Direct campaign all over their UK stores and I also ended up walking the runway at London Fashion Week for my friend’s brand. It was not long after this that I managed to secure an acting agent who was interested in representing me.”

Although COVID halted progress – as it did across the entertainment industry – Jamahyl was able to secure a series of auditions for the National Theatre, eventually securing his two-month run in Small Island.

“My agent managed to get me the audition. I can still remember it to this day because it was so chilled and did not feel like an audition at all. I had an audition maybe a month before, at the National with Frantic Assembly who were amazing, it was physically demanding, and I think everyone in the room was a little nervous. However, the Small Island audition was totally the opposite, fun, it probably lasted just under an hour, we played some drama games and improvised being in the Caribbean and that was it! I left feeling confident and felt I had left a great impression and fortunately they felt the same! The role was for a Supernumerary, not a character in the play but basically a part of the Jamaican ensemble. Parts of the play were based in Jamaica, and we were on stage either improvising, dancing and moving set while the main characters were on stage.”

“He took me under his wing during the run since most of our scenes were together, he was such a young, selfless, talented, funny individual who will be greatly missed, the news has shocked us all.” 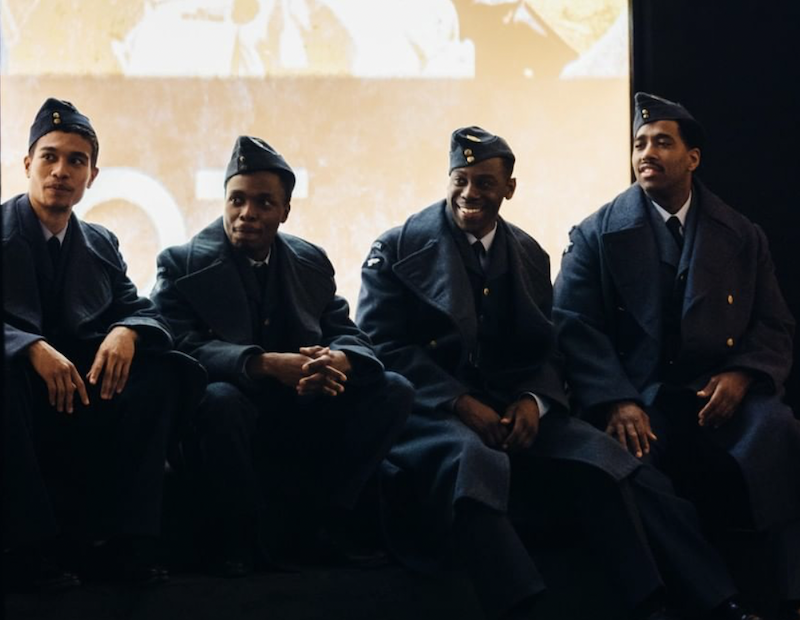 “The experience of being in Small Island will stay with me forever, especially coming from Caribbean heritage and telling the story of my grandparents’ experience coming to the UK. All but one of my grandparents are still alive and I truly wish they would have been here to witness it, but I know they were watching over me from above.

“I am truly blessed to have been a part of such a production, especially for my first acting gig. Growing up I have always said I would be at the National. It was meant to be, and I am so glad to have met so many other actors, hair and makeup artists, backstage managers, casting directors, reception staff, cleaners, etc. The time flew by quicker than I anticipated, and I wish I could do it all again.”

Jamahyl says he has a few as-yet unannounced projects in the pipeline, adding: “I am always open to the screen but there is nothing like the pressure of stage. My ideal role going forward would be something that challenges me and sits right with my spirit. It is very important that I am passionate about the work I am doing, otherwise, why do it?”

He also says the biggest takeaways from his studies at UCA were – from an acting perspective – vocal and physical warm-up skills, and overall, the chance to grow as a person.

“The physical/vocal warm-up skills I learned have always kept me sharp. I stole all the best warm-ups from my teachers and incorporated them into my own routine. Whether it be for a self-tape, audition, or about to get on stage, warming the body/voice up is crucial, it can truly make the difference.

“When I look back on my UCA journey, it was my transition from a teenager to a full-fledged adult. Moving away from home, living with new housemates, learning new skills, maintaining relationships among family/friends, money management, adjusting to Farnham, developing my acting skills and keeping my mental health stable. It truly was a whirlwind.

“Looking back, I would say all the performances were fun, especially the final dissertation piece.

"Having the freedom to create your own work or collaborate with others for our final piece of work was truly gratifying. The freedom the course gives you (for the most part) works really well, especially for someone like me, who is very independent. The great thing is that all my teachers made time available to me if I needed advice or feedback."

And as we ask all our alumni – what advice does he have for current and prospective students?

“For those applying, be real with yourself and stay open to what life brings you. If you are not ready to come to UCA yet, go take a gap year/s to find yourself, then come ready to learn. Get to know yourself because by the time you start at UCA you’ll be ready to showcase your strengths and work on your weak points.

“For those already on the course, one thing I took from one of my teachers while at UCA was that we can chase acting and fame but do not miss life. Every day brings a new lesson and new opportunity to grow, but time is your greatest currency while on this course and if you choose to waste it you will regret it.

“Be unapologetically brilliant! Push yourself as well as each other to do better in every rehearsal, every class and watch the progression. We had an old saying while on the course, TAKE THE SPACE!”

To find out more about our various performing arts courses, visit our course pages.