We spoke to UCA technician Paul Lawrence Jennings about how he and his colleagues have answered the call to 3D print protective equipment for frontline and NHS workers battling Covid-19. Our technicians are an integral part of UCA — helping our students with hands-on support and passing on their talents to the next generation of creators.

As the Covid-19 lockdown came into force, their workshops and studios had to be closed.

But, in recent weeks, some of our technicians have joined the growing army of creators who are coming together to make PPE (Personal Protective Equipment) for the NHS, using UCA’s 3D printers to create face visors that protect doctors, nurses and carers up and down the country as they treat patients with the virus.

We asked UCA technician Paul Lawrence Jennings what it’s been like to be a part of the response to such an unprecedented and fast-changing situation, and what he’s been doing with his 3D printer to help the cause.

“When the coronavirus lockdown first hit UCA, we had no idea what would happen, and how fast. At lunchtime we were told that the University would be closing at 5pm that day and to take everything we needed with us, as we would not be allowed back in. For me this meant fish, plants and a 3D printer!

“I had student work to print, but by the end of the first week I was printing PPE face masks for the NHS. The following week, other technicians were permitted to collect their 3D printers and start printing for the NHS, too. The face shields we are helping to make take four hours to print and comprise two 3D printed parts — a clear plastic screen and some elastic to hold it on your head.

“I chose ‘3DCrowd’, a group of people who owned 3D printers and had set up ‘hubs’ around the country, to send parts to. On a good day, I get up at 8am and set the first visor printing. Four hours later I remove the parts and start the process again. That means I can print four a day, finishing at midnight. 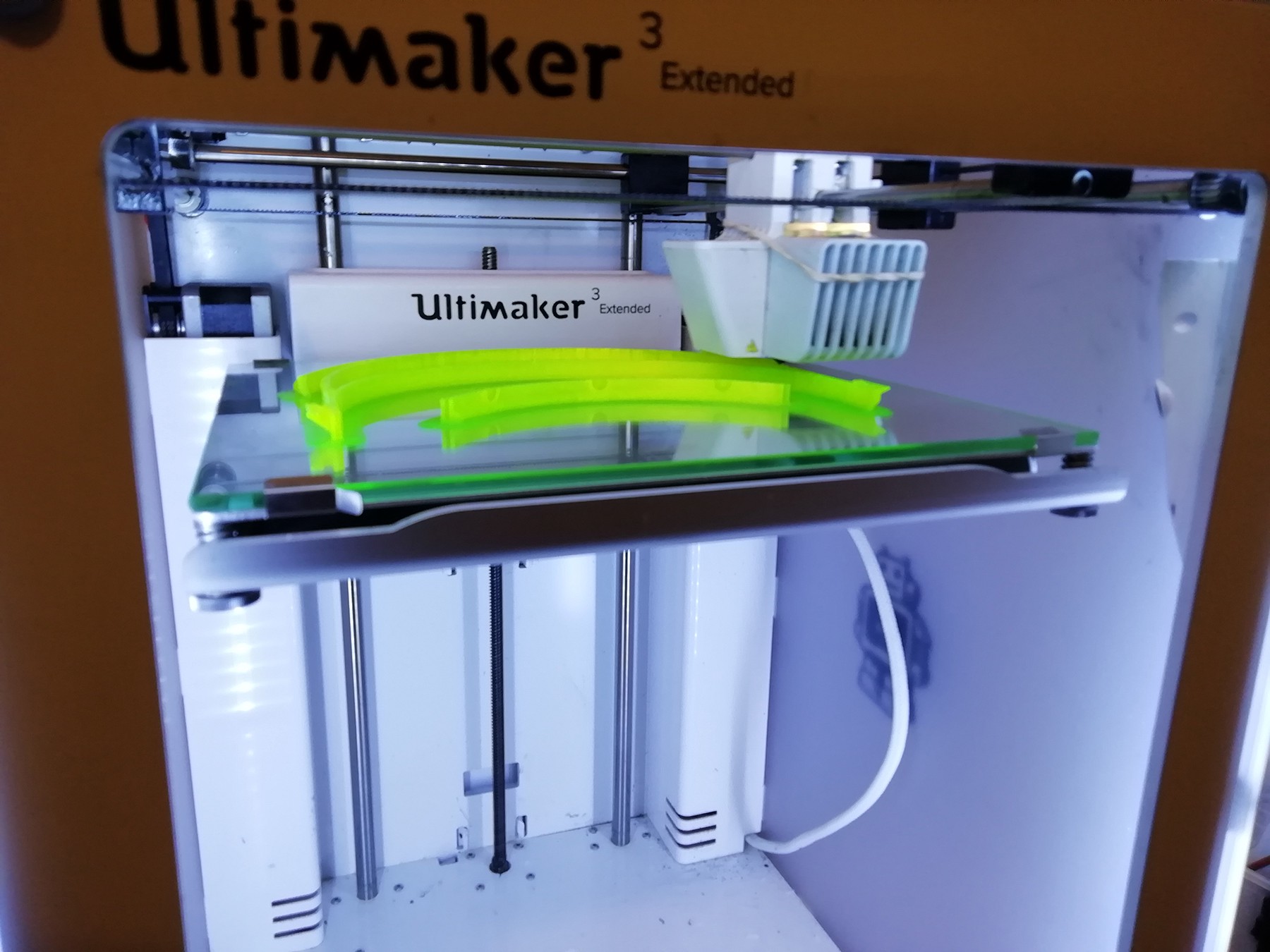 “The plastic we use for 3D printing is called PLA (Polylactic acid). It is recyclable and will biodegrade over time. It comes on a 1kg roll and feeds into the printer at the back. From there, it runs to a hot head that melts the plastic. This process is very much like using a hot glue gun, but the gun is controlled by a computer. It squeezes out a line of hot plastic onto the platform and then the platform lowers and the next layer is then squeezed out. For the headband there are 99 layers in total. 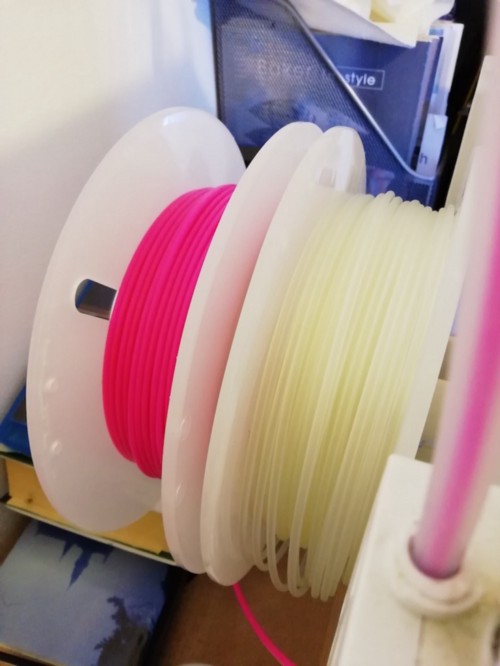 “The response to the callout from 3DCrowd has been amazing, with more than 6,000 printer owners volunteering their time and money to help. Volunteers at the hubs put the parts together with the plastic screen and elastic, and then distribute them all over the country to where they are needed the most. Each UCA campus can send their parts to a hub near them. By Easter, 3DCrowd had dispatched 39,000 face shields to hospitals all over the UK.

“As a Technician, and a woodwork one at that, I was feeling a little lost. Even though UCA sites are closed, we are still here offering our help and support to the students. It feels great to be able to contribute to society more widely as well. My small contribution joins with others until it builds into something great, helping the people who need the support the most.

“I know there are other technicians out there doing their bit, as well. Fashion technicians from UCA Epsom are putting their sewing skills to good use by making scrubs for doctors and nurses. Managers are volunteering their time to distribute food and supplies to those that need it. Everyone is stepping up with community spirit — and it’s wonderful to be a part of that.” 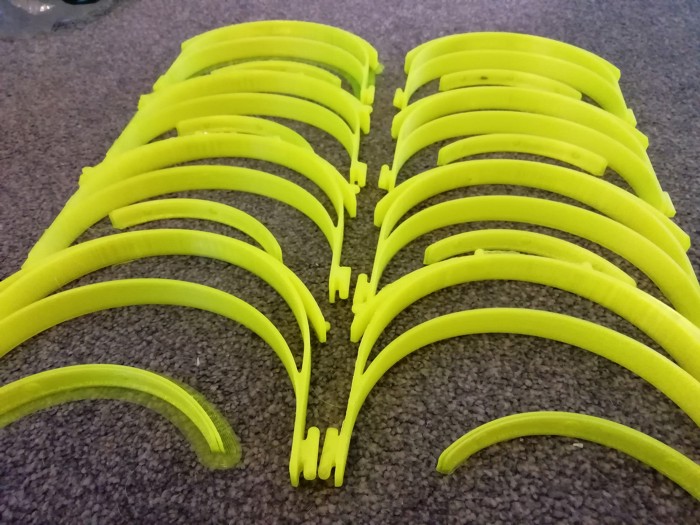 If you’ve been inspired by Paul’s story and want to get involved, visit the 3DCrowd website. You don’t need to have a 3D printer — you can also support with donations toward materials, or by volunteering to help with other tasks, such as distribution. If you work in an organisation that needs face shields, you can also order them there. Find out more at 3dcrowd.uk