“Where are the women?” Raising the
profile of female photographers 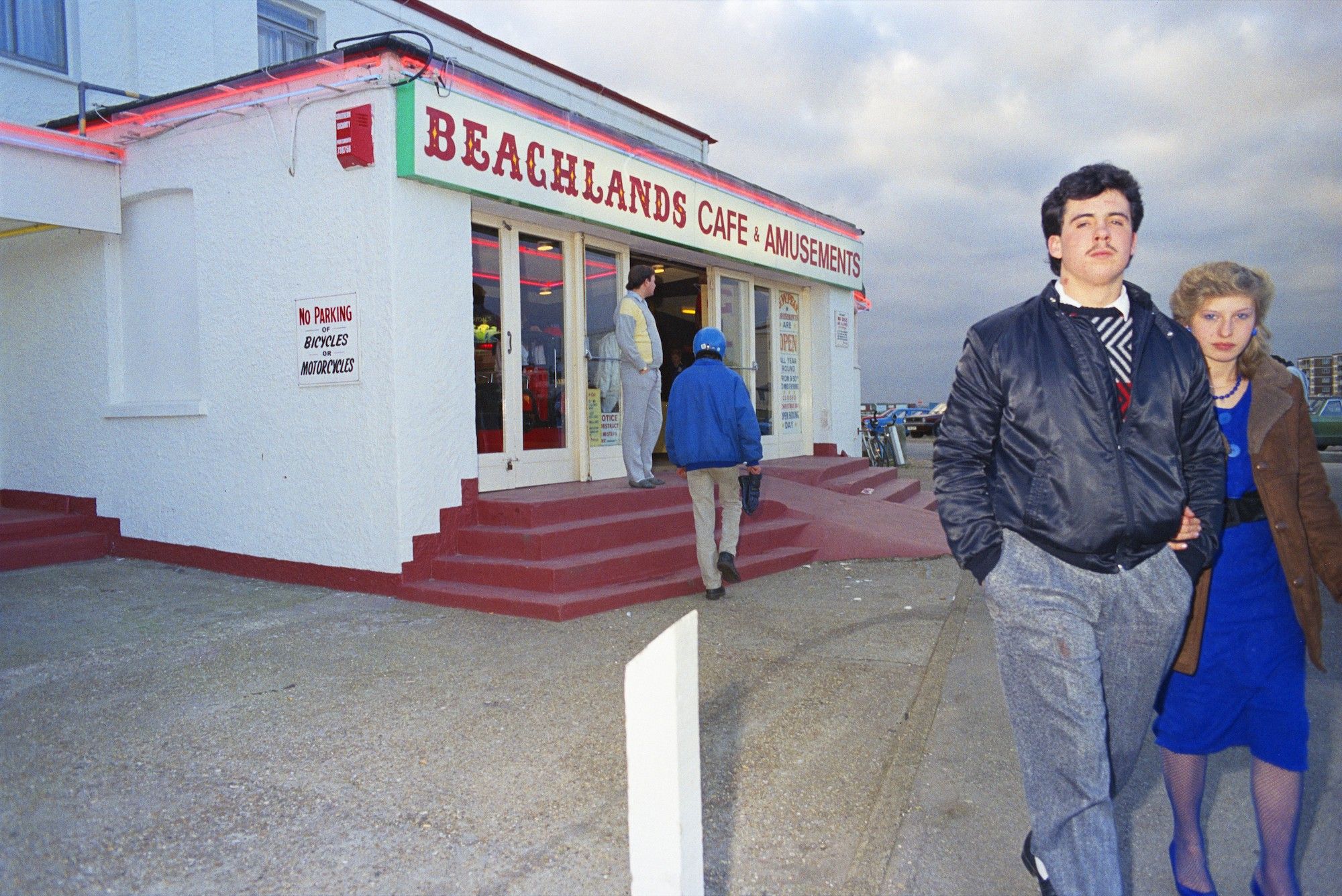 In 2014, UCA Professor of Photography Anna Fox had a simple question: Where were all the women?

“I was talking with my colleague Karen Knorr about how many women were in our photography classes at UCA — and other universities, too,” says Fox.

“There are a lot of women studying photography, but when we were looking out into the world in 2014, it was really hard to find high-achieving, visible women photographers across art and commerce. In 2014, the top art book publishers’ output was dominated by men’s work — only 2–5% of what they were publishing was created by women.”

Fox and Knorr decided to do something about this. “We thought: ‘What do all our male peers do when they have an idea and want to achieve something?’ They go straight to the top and put their ideas forward. So we said, “Ok, let’s have a meeting with the Tate.’”

The Tate responded to Fox and Knorr’s concerns and with the decision to organise a panel discussion around women in photography — largely to test the water and see if there was interest in larger events and conferences.

“The panel sold out instantly,” says Fox. “There were actually people knocking on the door to get in! It was an incredibly exciting moment.”

Motivated by the success of their initial conference, Fox and Knorr established Fast Forward, a research project with women in photography as its central focus. Their research aims were both forward and backwards-looking: to investigate the history of women in photography — many of whom have been omitted from the photography canon — and to encourage and support women working in the field right now.

After some successful grant applications, the team had gained momentum and had high hopes for creating a wide-reaching network for, and of, women in photography. Fox approached six global partners to work on research workshops in their countries and industries. Starting in Brazil, Fast Forward then went to the USA, India, Finland and Nigeria, before returning to London.

“A real sense of empowerment started to develop out of the workshops,” says Fox. “Simply talking about each others’ projects and what we were working on became such an important focus.” In Fox’s experience, networking is trickier for women than men — something that she believes hinders women in photography. “When I think back on my own career, I had children quite early on,” explains Fox. “That cuts you off from all sorts of photography work and networks.”

Access to networks is one element, but Fox also wonders if the few women who do reach high levels of success are culturally pressured to protect those positions. “Women aren’t often focused on networking or supporting each other because they’re so often focused on protecting their own position within the field,” suggests Fox. “And you can’t just say that’s men’s fault; it’s a patriarchal societal thing that we’re all part of. I think women are as responsible as men when it comes to taking action to change this.”

As networking and connection emerged as a foundational aim for Fast Forward, it established a mentorship project in West Africa, which led to several members of that mentorship community reaching new levels of success in their industry.

A similar scheme was established in China, and Fast Forward brought an exhibition of emerging Chinese women photographers to LOOK Photo Festival in Liverpool. “Being able to meet women from all over the world to discuss our work really opened doors to thinking about much broader photography practices. It was liberating,” says Fox, with a smile.

As Fast Forward continued organising workshops and connecting women photographers across the globe, society at large was also grappling with inequality, as movements like #MeToo and Black Lives Matter sparked conversation and change.

Meanwhile, Art institutions were moving in the same direction; the Tate changed their policy to move towards 50:50 representation of men and women in their collections and exhibitions.

“Changes are happening,” says Fox. “They’re not big, but gradual.”

Fast Forward has been a part of that change, creating a network for women to reach out and support each other. And Fox has seen women growing in confidence through this process.

“I met one PhD student who was making this brilliant work. I called her up and asked if she was submitting to a particular conference, and she said, ‘Oh no, I’m not appropriate.’ She was totally appropriate! Luckily she then applied and got through the process, and it was wonderful. Because if she hadn’t, we wouldn’t have benefited from seeing her perspective from that part of the world. These things are all made possible by conversations.”

So what’s next? Well, despite the challenges of lockdown, the Fast Forward team has never been busier. In 2020 they released a manifesto calling for change in the photography world and situating the project among wider political action. “Women photographers play a vital role in our community, and yet their stories are frequently hidden, lost or dismissed,” it reads, before calling for arts organisations to commit to exhibiting, commissioning, publishing and collecting work that gives women at least 50% representation.

The team also plan on releasing a podcast to discuss the aims of the manifesto, as well as their other upcoming work. An online conference is on the cards and a book. Conferences in Tbilisi, Georgia and Doha, Qatar are planned for when international travel is safe again, and, closer to home, Fast Forward is collaborating with institutions across the UK to organise practical workshops for marginalised women and women refugees who are relatively new to the art form and has been awarded an AHRC (UKRI) equality, diversity and inclusion Engagement Fellowship to support this work.

There’s still a long way to go before gender equality is achieved in the photography world, though.

“The biggest photography agency in the world is Magnum. But only about 5% of their live, full members are women,” says Fox. “That’s about eight people — maybe even less — and fewer than half of them have children.”

The UK’s education system, too, needs to open up and broaden its focus. “Our curriculum is very focused on American and Northern European photography,” says Fox. “It’s opened up in the last 10–15 years, but there are whole areas of the globe that just aren’t covered. It’s taken a real push to get grants to visit these places and meet people in order to discover how much is going on in other parts of the world, and how important it is to know about it.”

But the global network of connections and collaboration the project is building make Fox optimistic for the future. “I’ve always known that networking is important, but I didn’t know just how important,” she says.

“Just from being able to communicate, a community feeling has come into action. People really are believing that they can take part.” And the Fast Forward team are thinking globally and intersectionally. “Committing to inclusivity is the only way forward,” says Fox.

“When Fast Forward had just started, someone in the photography industry asked me if I could give them tips on finding more women in photography. I thought, you just have to look.”

“That’s the most profound thing I’ve thought about during Fast Forward: how important it is to look as a way of finding work and communicating with people and the effect that has on what you do and how you can get on in the world.”

And now the curators, galleries, publishers and agencies who are still asking where the women now have an obvious place to start. You only need to look at Fast Forward’s collaborators and their web site to see the rich and diverse range of women who are currently working, and thriving, in photography.