Be inspired: 10 Disney characters who triumphed in adversity

As the Emperor in Mulan said: “The flower that blooms in adversity is the most rare and beautiful of all.” 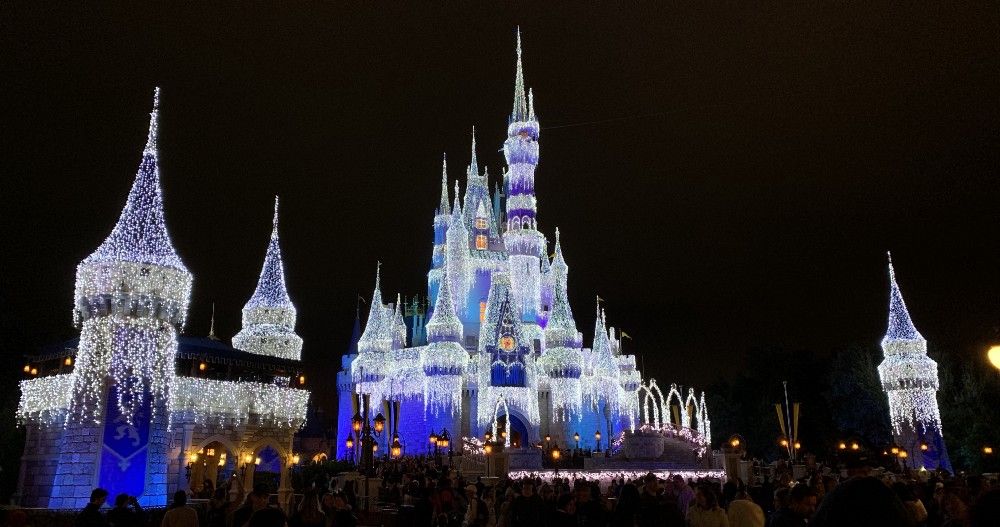 Turning adversity to triumph is easier said than done — especially in trying times like these.

But although achieving our goals feels harder than it was before, it’s important to remember that there’s greatness to be achieved from struggle. And where better to find inspiration (and a little comfort) than in the heroes of our favourite Disney movies?

We asked UCA’s Disney Appreciation Society to nominate their favourite Disney characters who overcame the odds, to provide a little encouragement as we all continue to dig deep, stay in and save lives. The famous Wildcat, Troy Bolton, overcomes the odds in a truly human journey. Troy begins as a popular basketball player in a school where you can only have one interest that defines not only your status in the school, but your entire personality. But with the introduction of Gabriella, a transfer student who immediately gets sorted into the smart clique, Troy is forced to re-evaluate the status quo. He’s torn — he has two passions, singing and basketball, but according to his peers, he can only have one.

Troy’s story is all about breaking out of the boxes those around you might try to put you in, and shows that we’re all far more than a single personality trait.

Anna is one of the most optimistic, hopeful characters in Disney. But she also experiences huge grief throughout her life, living through heartbreak and the deaths of her loved ones. Over and over again, Anna sacrifices her own interests to help others, whether for her kingdom, her family or her friends. She’s willing to freeze to death in the hope of saving her sister.

In both Frozen films, it’s Anna’s compassion that helps her overcome the odds to find her happy ending. Whatever happens, she refused to close her open heart — proving that kindness can often be bravest choice of all.

Mike begins as a quirky sidekick. He’s upbeat, funny and provides some depth to the dynamic between himself and Sulley, his operative partner at Monsters, Inc, a company that generates energy by scaring children.

However, Mike seems to always settle for second best. He’s used to Sulley being in the limelight and will take any recognition he can get, no matter how small. It begins as a bit of a joke — he’s covered up in the new TV ad and he’s barely in the ‘top employee’ photos.

But as the story unfolds, it becomes clear that Mike is vital to keeping Sulley in the Top Scarer spot. Slowly Mike flourishes, finally letting his talents shine in the spotlight. He’s an example to remind us never settle, but to keep striving for greatness.

Who could forget the charming thief Robin Hood? A master of archery and capturing hearts, the famous Robin Hood of Sherwood Forest saves the entire town, despite living in poverty and being under constant threat of capture by King John’s henchmen. The citizens of Nottingham are terrorised and robbed of all their money by the Sheriff and Prince John, but through cunning and bravery Robin and Little John manage to free the imprisoned townspeople and give them back what was rightfully theirs.

In the classic final battle, Robin overcomes almost certain death when he leaps from a burning castle into the moat.

The town of Nottingham gets a happy ending and so does Robin, when he finally marries the love of his life.

Stuck in a tower for 18 years, Rapunzel never gives up on her dreams. Mother Gothel is stifling, refusing to let Rapunzel even go out into the enclosed garden that surrounds the tower.

But somehow this girl, who spends her days in boredom, repeating the same day over and over inside the same four walls (sound familiar?), manages to capture a notorious thief and force him to take her on the adventure of her dreams. She constantly surprises herself, and everyone around her, with her optimism and dedication. Rapunzel not only overcomes the odds in finding herself, achieving her dreams and saving Eugene from death. She also gives every character she meets the opportunity to overcome their own personal obstacles to realise they truly can follow their dreams.

Simba overcame emotional and physical obstacles throughout The Lion King — including being told he’d killed his own father. He grew up with no strong role models, yet still manages to face down hordes of blood-thirsty hyenas in order to avenge Mufasa’s death and bring peace to the Pride Lands, releasing them from the grip of the evil Scar. Simba teaches us that there is always hope: even when the world grows grey and barren, there is still a chance to save it.

Although the film focuses on a hero who overcomes the odds to reclaim his title as a God, Hercules also has a character who overcomes her own personal challenges — Megara. Meg is a young woman in a society that seems only to care about awe-inspiring heroes, and has one of the most interesting and emotionally complex backstories of any Disney love interest.

Though Meg sold her soul to save her boyfriend, he betrayed her by dumping her for another girl, leaving Meg in the possession of Hades. Yet despite living with the shadows of her past, she still manages to open her heart to love — no easy feat, after her experiences. Far from a damsel in distress, Meg is a strong female character who overcomes heartbreak, slavery and death.

It’s easy to find examples of superheroes who have overcome the odds, but what about supervillains? Syndrome is just a human. No powers, no obvious uniqueness, and certainly none of the traits that make a great superhero. He starts the film as a regular boy who idolises Mr Incredible, seeking the power, fame and glory that come with being a hero of his status. But he has none of the qualities he needs to achieve his dream: no chiselled jawline, no natural charisma, and certainly no superhuman strength. When it’s revealed that Syndrome has taken down multiple superheroes with the power of his inventions, it’s hard not to be impressed. Using only his own ingenuity, he has overcome impossible odds to become the powerful person he always wanted to be, proving that dedication and hard work are all that necessary to make an impact.

One of the strongest female characters in Disney history, Mulan saves her father by taking his place in the army, training herself in completely new skills to become the strongest warrior in China.

Mulan is an excellent role model; she’s incredibly intelligent, courageous and uses her unique talents and knowledge to solve problems on a national scale.

The song ‘Be a Man’ captures her journey to overcome the odds perfectly, and it’s an absolute bop of a number that traces her transformation from a girl trapped by tradition into a woman revered by the entirety of China.

1. Elizabeth Swann — Pirates of the Caribbean Elizabeth Swann starts off as an unknown — a governor’s daughter, longing for adventure. She has no sword skills, no fighting experience, and is forced to wear the latest fashion from London (including tight corsets).

Yet by the end of the first movie, she has given orders to a pirate crew, freed Captain Jack Sparrow from the gallows, broken tradition and married the man she wanted to, rather than the one her father chose for her.

And by the end of the trilogy, she is captain of her own ship, has survived a kraken attack and become the Pirate King. Bucking trend after trend, she’s a woman refusing to live by tradition in a man’s world, breaking glass ceilings with every stride she takes.

Thanks so much to our friends at the Disney Appreciation Society — if you want to find out more about their activities and how to join, visit their facebook page.