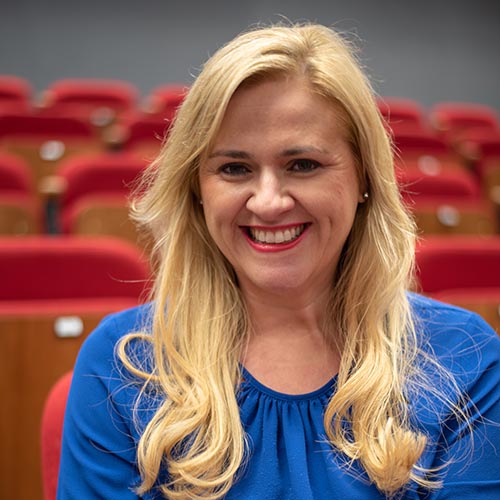 Lyndsay Duthie is Chief Executive Officer of The Production Guild of Great Britain and is an award winning television expert with over 20 years experience in the media industry: as an educator, television executive producer and broadcaster.

Lyndsay's background is as a television executive producer/director for factual and entertainment programmes with credits for BBC, ITV, C4, C5, SKY and Discovery.

Lyndsay regularly appears on SKY News and BBC Radio as a media commentator and writes articles for The Conversation, The Independent, BBC News and Huffington Post. She is also the co-author of The TV Studio Production Handbook.

Lyndsay has served on the executive board for Women in Film and Television (WFTV) and has judged for the International Emmys & Royal Television Society Awards.

She is currently on the executive committee for the Royal Television Society (TVC) and their Chair for Education and Training Group. She is also on the executive board for The World Association of Film, Television and Media Schools (CILECT/GEECT) and a member of BAFTA.