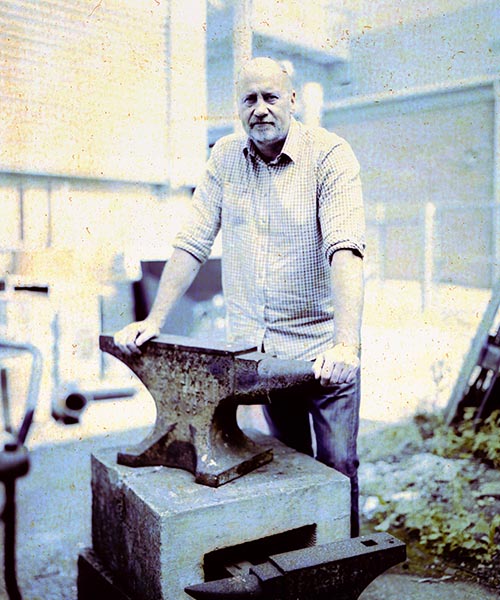 Ian manages a diverse team of technicians based at our Canterbury campus.

Ian’s career started with UCA in 1996 as a technical tutor working on the Silver, Gold and Jewellery course at Rochester. After several years Ian moved into a management role and since then he has been leading technical at our Rochester, Maidstone and now Canterbury campuses.

No two days are the same in this role, one day he could be representing his department at a meeting with senior management, the next he could be up a scaffold tower helping to suspend a students work from a high ceiling, such is the variety of work a technical services manager undertakes at UCA.

Outside of UCA Ian was, for many years, a practicing silversmith with many of his commissions being held in royal households both in the UK and abroad, as well as several pieces purchased by major corporations.

Amongst his many hobbies Ian enjoys being outdoors, hill walking and orienteering.