Zandra Rhodes Chancellor Emerita of the University for the Creative Arts (UCA) made her debut appearance on Celebrity MasterChef on Monday night, successfully making it through to the second round. 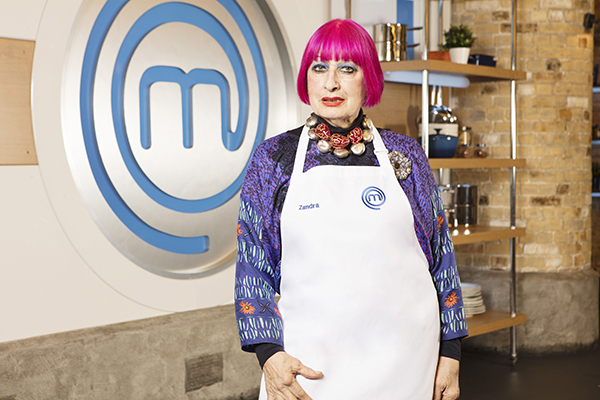 Zandra has a special relationship with UCA, serving as their first Chancellor from 2010 to 2018, and having attended one of UCA's founder institutions, The Medway College of Design in the late 50s where her mother, Beatrice Rhodes, taught dressmaking.

Focusing her studies on printed textiles, Zandra went on to become one of the world's most recognisable and influential textiles designers of the late 1960s and 1970s, taking her remarkable pop art-inspired fabrics and revolutionising the fashion world. “I’m known for colour,” explained Zandra on the show.

Now appearing on Celebrity MasterChef Zandra said: “I would say that I am a bit of a messy cook, but when I’m in London, I’ll cook a dinner party for twelve people.” 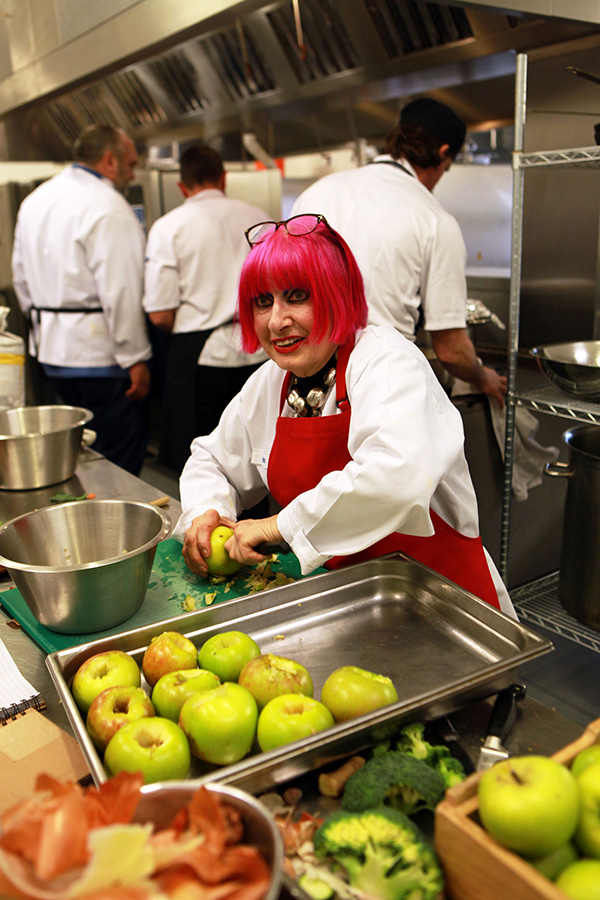 On completing her first challenge Zandra exclaimed: “It could have looked better, but I survived.”