As New Designers 2019 drew to a close, the University for the Creative Arts (UCA) reflected on its student success stories.

William Romerill, a graduate of BA (Hons) Silversmithing, Goldsmithing & Jewellery at UCA Rochester was named Runner up New Designer of the Year.

“I felt very humbled to have been chosen as runner up and to be chosen out of so many other talented makers. The industry recognition meant a lot to me,” said William. 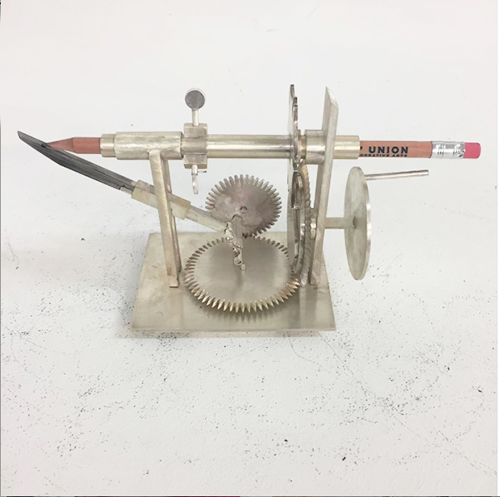 An Over-Elaborate Solution to a Blunt Pencil by William Romerill

The main piece of Williams work was called “An Over-Elaborate Solution to a Blunt Pencil”, which he explained was: “a fully-silver mechanical pencil sharpener that just sharpens the lead of the pencil. The piece was influenced by Heath Robinson and reverse engineered from the idea of sharpening a pencil with a knife.” 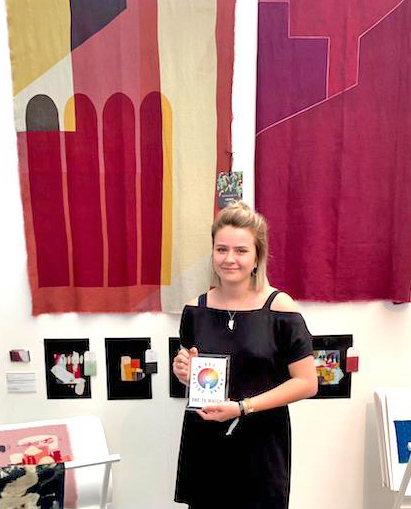 Jessica Maskery with her Colour in Design Award

Further recognition came in the form of the Colour in Design Award by Dulux’s One to Watch, which was given to printer Jessica Maskery.  Jessica, who studied BA (Hons) Textiles won the acclaim for her innovative and outstanding use of colour in her work. 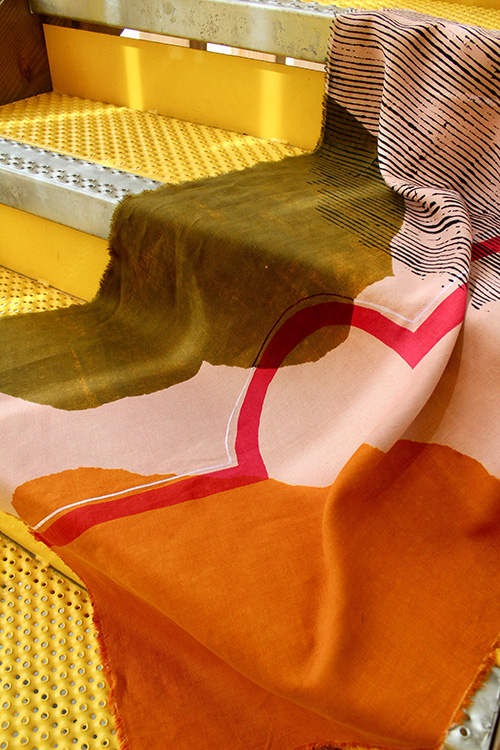 To find out more about New Designers, visit the website.

To learn more about studying Textiles at UCA visit the course pages.