Vicky, who studies at UCA Farnham, created the film for her final graduate project. Called, A Flea in a Jar, it follows a female character as she dreams of becoming a violinist yet is always being put down – but obstacles in her mind are hindering her from success. 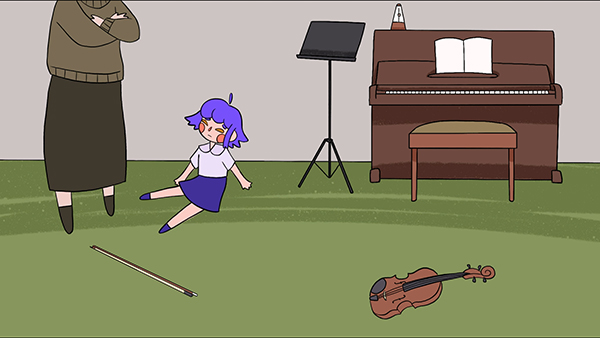 The film has received an honourable mention for Best Animation at New Cinema – Lisbon’s Monthly Film Festival. It was also selected for FLICKFAIR, an on-demand film festival, and Monthly Indie Shorts, a platform promoting the best short, documentaries, and animation films from around the world.

The film took its inspiration from the Fleas in a Jar analogy. It is an experiment where a scientist places several fleas in a glass jar, but they quickly jump out. The scientist puts the fleas back into the jar and places a lid over the top. The fleas begin to jump up again but this time they hit the lid and fall back down into the jar. After some time, the fleas start jumping slightly below the lid, as they learn the boundaries of their new environment. When the scientist then removes the lid; the fleas continue to jump below the height of the lid, having been conditioned to the fact that they cannot escape from the jar. 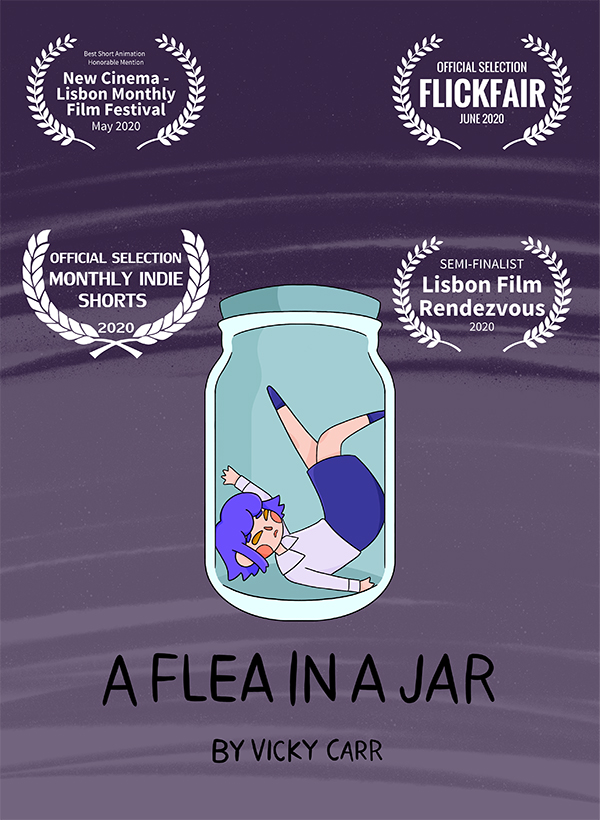 “This analogy can also be applied to humans,” said Vicky. “How we think and the beliefs we have about ourselves condition us, creating imaginary boundaries. My film explores the ‘fear of failure’ and the pressures the world puts on us to succeed.”

Vicky hopes to enter her film into many more film festivals over the summer, so watch this space.