A PhD student from the University for the Creative Arts (UCA) Farnham has designed a game called ‘Rocket Ninja’ to help Type 1 diabetic children in his home country of Thailand transition from home to school using a set of design principles that could be applied to other health conditions.

Type 1 diabetes is a misunderstood and under-diagnosed condition in Thailand and subsequently under-researched, especially in young children. Even less is known about how it can be managed. PhD student Veerapong Klangpremjit has undertaken games research that has brought new insight to this area, which he has combined with his love of gaming (as a designer and player) and his family's medical background. 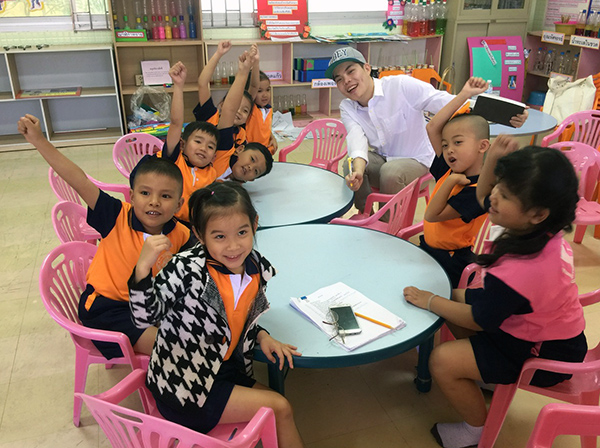 Veerapong with a group of school children in Thailand.

“There was a lack of facilities in Thailand to support patients who were newly diagnosed with the early stages of type-1 diabetes,” said Veerapong. “My initial research found that diabetic children’s caregivers had to go into their schools to administer insulin without the schools’ support, and in the worst cases, the schools didn’t accept the child because their complex symptoms required extra administration by school staff.”

Veerapong’s research, whose full title is ‘Rocket Ninja: Approaches to the Design of Diabetic Health Games for Thai Culture’ examined how a serious game can be used to help Type 1 diabetic Thai children, who are attending school for the first time, to manage their condition through a rewards-based system. 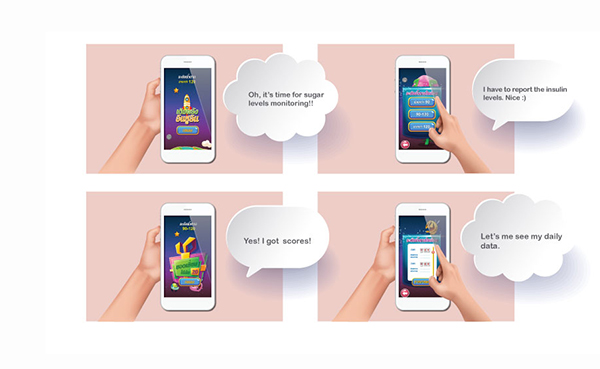 This system manifested itself in the form of a game in which a child is in charge of building and flying their own customised spaceship. Aimed at children aged between five and six years, Veerapong hopes it will help them transition between that very important home to school period, gradually enabling them to become more independent.

“It allows children to continuously monitor, report and study their condition, giving them responsibility for it, alongside their parents, teachers and/or other caregivers,” said Veerapong.

There are four main features to the game; learning coping strategies; uploading daily data such as sugar levels and food intakes; mini quiz games; and response and feedback from the caregivers. Using a space-themed storyline the child’s score across each of these four categories is directly linked to the efficacy of a customised rocket ship, and determines how far they are able to travel through space.

As a result of the game, the diabetic child is motivated to score well, helping the child self-manage their condition. But, Veerapong found that Rocket Ninja had other positives impacts. Not only did it promote greater responsibility in the child to continuously manage their treatment, but it gave them “a better perspective of living with the life condition of type-1 diabetes, and promoted a greater trust and level of communication between the child and their caregivers,” explained Veerapong. 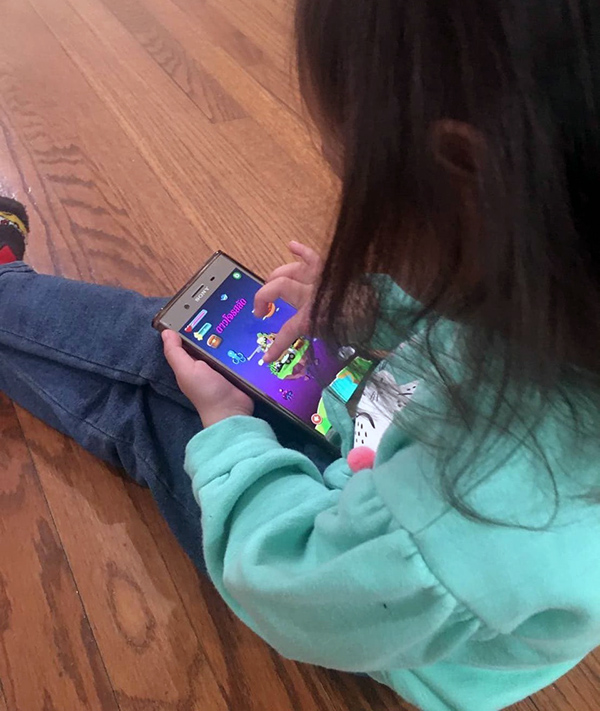 Veerapong plans to develop a final prototype of the game, which he will then use to support a healthcare non-profit organisation in Thailand which works with children. It will be available for download by both diabetic children and their caregivers.

This research shows how effective design can have a valuable impact on healthcare and studying health conditions such as diabetes. Through the lens of a games designer, new treatment options are opened up for medical conditions and situations, where behaviour change is needed, and serious games can assist that change.

To learn more about undertaking a PhD at UCA, visit the subject page. 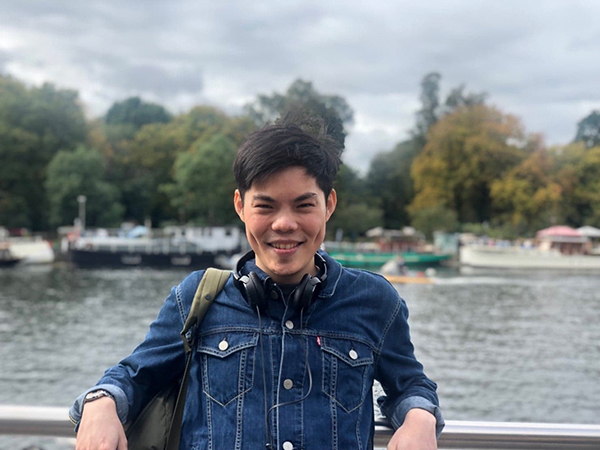