Tim worked as a concept artist on the ten-part series, which is a prequel to Jim Henson’s original 1982 film The Dark Crystal, and stars the voices of Helena Bonham Carter, Simon Pegg, Sigourney Weaver and Taron Egerton, among others. 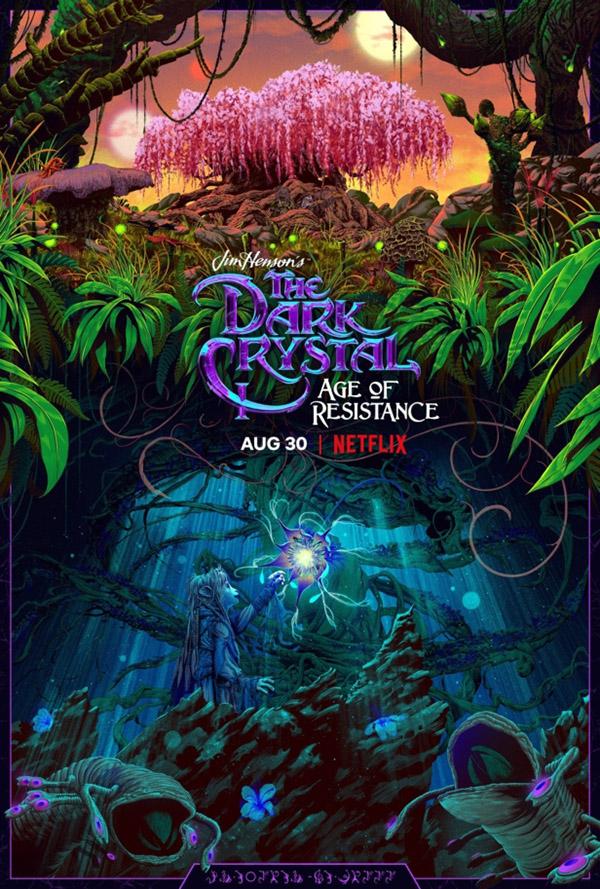 As part of a team of concept artists whose job it was to design the world the story inhabits, Tim, who graduated from the University for the Creative Arts (UCA) in 1998 with a BA (Hons) Fine Art, worked with production designer Gavin Bocquet on the project.

“The story takes us to many locations that we haven’t seen before, so we spent a long time developing the idea of how these places might feel. The idea was to return to Thra, the original world of The Dark Crystal, with all its charm and nuance.

“The Dark Crystal was the first feature-length movie with no live, on-screen actors, and it’s jaw-droppingly amazing to see how puppeteer driven performances can go beyond what almost anyone thought possible," he said.

Tim had a hand in designing everything from the architecture, vehicles and mystical trees, to broad vistas and subterranean interiors. Most of his work was done at the beginning of the design process, and then once everything had been shot, in post-production.

Tim noted: “There was a very unique mysterious spirit to the show, which was born out of Brian Froud’s original drawings of Thra from the 80s, and continues in the prequel with Froud’s new sketches. So, I had to find a way of drawing specific designs that would allow for these whimsical peculiarities. I found it particularly magical to be able to put down my pencil, descend the stairs to the set, and enter the world of Thra.”

Prior to working on The Dark Crystal: Age of Resistance, Tim got his big break on the Star Wars films, The Last Jedi and Solo, working alongside Neal Scanlan at Pinewood Studios to come up with creature ideas for LucasFilm. His filmography also includes Disney’s Artemis Fowl, which comes out in May 2020, Marvel’s New Mutants out in April 2020, and his most recent project Jingle Jangle, which stars Forest Whittaker and is released on Netflix next year.

As a freelance pre-production concept artist in the film industry, what piece of advice can Tim offer students keen to embark upon this career?

“The basic tools you need to start are to be good at your job and to be good to work with,” he said. “You also have to be able to teach yourself new skills, and that requires sacrifice and commitment. Talking to the right people is also key, and sites like Instagram are a great tool for this. Go to film events where production designers or other heads of department are giving talks, and ask for their advice. But I certainly failed many times before things started to happen, so be brave and be as prepared as possible.”

The Dark Crystal: Age of Resistance hit Netflix on 30 August.

To find out more about the courses on offer at UCA visit the course pages.