UCA pledges to become
net-zero by 2030 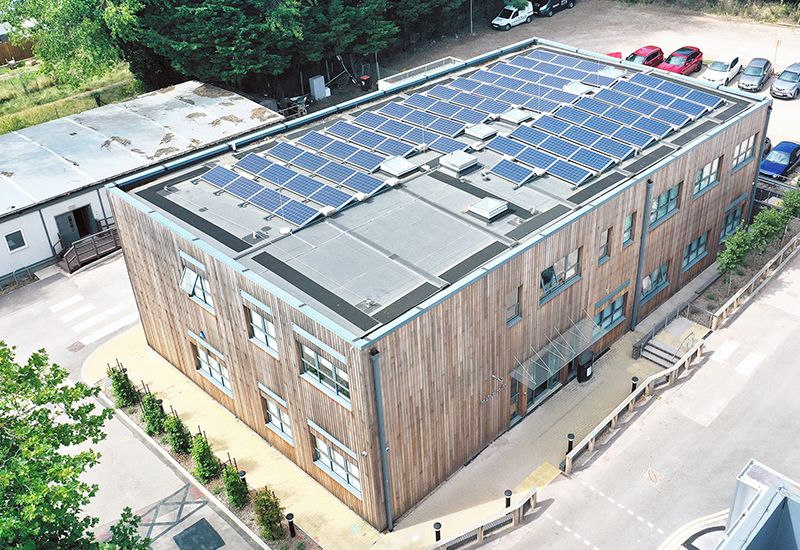 UCA’s ambitious new target builds on the past achievements of the University’s carbon management programme which has helped to deliver a 56% reduction in absolute carbon emissions from the University’s four campuses since 2010, placing us amongst the top third of UK universities in terms of carbon reduction performance.

The University has undertaken over thirty significant energy efficiency projects at its four campuses since 2010 and increased on-site solar power generation by 600% since 2017. Last year UCA joined up with 19 other universities in a ten-year Power Purchase Agreement to source 20% of the University’s electricity from UK onshore wind farms. This was the first initiative of its kind in the UK.

UCA’s journey to Net Zero for energy consumption across all campuses by 2030 will include: the phasing out of gas boilers and their replacement with electric heating and heat pump technology, further investment in energy efficiency and on-site renewables such as solar panels, and purchasing more power from high-quality renewable sources.

UCA will also continue to monitor and reduce emissions associated with indirect impacts, by reducing waste and water consumption, further encouraging the use of low carbon business and commuter travel, and the inclusion of climate change criteria in our purchasing decisions. And, over the next year UCA will work to improve data benchmarks to set future targets in these areas – in line with or in advance of the 2050 National target.

UCA’s President and Vice-Chancellor Bashir Makhoul said: “Sustainability is not a topic we merely talk about at UCA - it’s an area where we drive action, leadership, and change. Our students deserve a robust response to the climate crisis, and we are actively engaging with them to co-create solutions. Our commitment to reaching net-zero carbon emissions by 2030 is an important first step.”

By creating greener and more energy-efficient campuses the University will tackle the climate crisis head on and achieve its ambitious commitment to reach net zero by 2030.