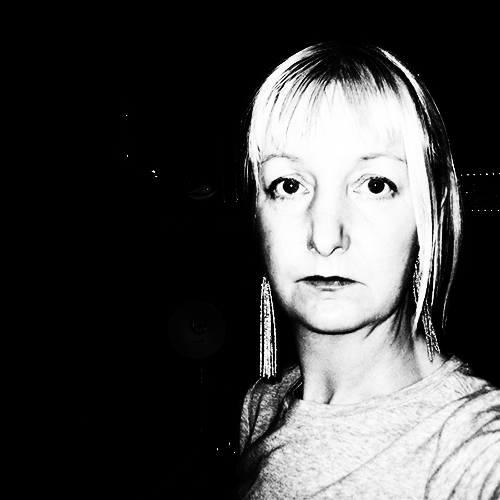 Professor Kathleen Rogers is a renowned interdisciplinary artist and researcher working at the interface of the arts and sciences, exploring themes of Post-humanism and the Anthropocene. She is Year 3 leader and mentor of our BA (Hons) Film & Digital Art course.

Professor Rogers’ research domain resides between the disciplines and technologies of the arts and sciences. Focusing both on and beyond digital culture, she works with themes emanating from the physical and biological. International exhibitions include Evolution Haute Couture, Kalingrad; INSIDE (Art and Science) Lisbon; Crossing Over, Exchanges in Art and Biotechnologies, London; Genesis the Art of Creation, Zentrum Paul Klee, Bern.

Professor Rogers’ international research demonstrates ways in which the visual arts can shift and challenge meaning. This is explored in advanced scientific-cultural contexts to expand the cultural, ethical and social dimensions and impact of contemporary biosciences on human identity. For more than two decades, she has worked in the exponentially expanding field of media art, gaining international recognition as an artist and scholar in communities of practice. These practices range from performance, pioneering video and computer art, virtual telepresence, and the sensory interfacing of the human body to robotics and bio-art.

Professor Rogers lectures at UCA and is Year 3 leader on our BA (Hons) Film & Digital Art course. The course provides students with specialist knowledge across interdisciplinary fields of video production, sonic arts, interactivity, VFX, VR, AR, experimental 360 film, and pre and post-production. Professor Rogers’ role as Year 3 leader involves mentoring and co-ordinating the delivery of major graduation projects and the graduation show. The philosophical perspective of Film & Digital Art draws on a range of disciplines from art history, cinema studies, contemporary visual arts, science and technology, pervasive social and mobile technology and the convergence of AI and the digital human.

She embeds academic and ethical research strategies into the teaching and mentoring context and generates an intellectually stimulating interdisciplinary learning environment. Her mentoring is student-centred – it is based on personalised learning strategies tailored to individualised creativity relevant to the wider picture of the creative industries in a changing world.

Professor Rogers’ artworks have been exhibited in public art museums and galleries, festivals and events worldwide, including representation within the Moscow Biennale and in the Netherlands, Switzerland, Portugal, USA, Japan, Russia, Lithuania and Albania. Her work is held in collections at The National Centre for Contemporary Arts in Kaliningrad, Russia, and in the British Artists Film and Video Study Collection, Video Positive Archive,  FACT, Liverpool.

She has given international presentations at the Wellcome Trust; Documenta X; Hybrid Workspace in Kassel, Germany; National Science Week at Cambridge University; The Lux Centre, Delegation of the Arts Plastiques, Ministry of Culture, Paris, France; ICA, London and ISEA.

Her work features in seminal international anthologies, collections and publications such as Art+Science Now, a survey of contemporary artists working at the frontiers of science and technology by Stephen Wilson, published by Thames and Hudson and Information Arts; Intersections of Art, Science and Technology by MIT Press; Virtual Realism, International Study of Virtual Art by Oxford Press; and BIOMEDIALE – Contemporary Society and Genomic Culture, National Centre of Contemporary Arts, Kalingrad; and Art, Technology, and Consciousness: Intellect.

Professor Rogers belongs to an influential community of international artists, theorists and educators, contributing to debates in post-human discourse that reframe scientific and cultural practices to challenge assumed boundaries between human and non-human entities. She has presented and exhibited in the UK and internationally for over 20 years. This high-level research engagement both informs the cultural, ethical and social dimensions of her arts practice and enables her to lead the interdisciplinary dimensions of these research contexts. Her research interest in molecular science developed from earlier work in which she explored the mythical status of the maize plant in pre-scientific cultures, making links between biotechnology and concepts of genomics in ancient and contemporary Mayan culture in Mexico. She has collaborated with scientists and anthropologists working internationally with the themes of consciousness, ecology, biology and archaeo-genomics.

In addition she is the director of experimental films that have been screened at International festivals, including The ICA, London; Ars Electronica, Linz; Video Positive UK; European Media Arts Festivals in Berlin, Paris, Madrid and distributed by LUX and listed the Directory of British Film and Video Artists.

Professor Rogers is a committed to inter-disciplinary thinking integrally contributing global/world-view approaches to cultures of the creative arts. She has led on research within the interdisciplinary area of biotechnology, ethics and art, science and technology and across interdisciplinary practice and education for over two decades. She has led workshops in research ethics in the creative arts – these workshops take a visionary handle on the practice-based PhD and embedded interdisciplinary philosophical ethical discussions within curricula. This is approached in ways that work towards rethinking the wider cultural and societal value of the arts and arts education.

Professor Rogers started out her academic teaching career two decades ago. She pioneered telecommunications art in the pre-web 1980s, working with Professor Roy Ascot to provide curriculum design for Telematic networking that engaged with Gregory Bateson’s cybernetic theories. She has held academic positions in various universities in the UK before she joined UCA as a researcher. Kathleen was Course Director of the Postgraduate School of Television and Electronic Imaging at the University of Dundee, establishing and pioneering the first curricula in Virtual Reality. She was visiting lecturer at the Royal College of Art, Computer Related Design Course establishing workshops in Interactive Design and Virtual Reality.

Professor Rogers is deeply committed to the life-changing value of the arts and the importance of access and widening participation and she brings a different disciplinary and conceptual perspective when positioning these values. She was an early school leaver, living independently and starting work at 16, who returned to study and further education in her 20s, attending evening classes as an independent parent and scholar. She was then awarded an extraordinary local authority scholarship for her foundation arts education at Hounslow Borough College. Kathleen was a student at Wimbledon School of Art, graduating with a Fine Art BA (Hons) degree in Experimental Practice that included Performance Art. Her experimental film work was represented within the New Contemporaries at the ICA. She then attended the Slade School of Fine Art, graduating with an Experimental Media (Postgraduate Diploma).

Professor Kathleen Rogers research themes are voiced in her working manifesto entitled, Cosmopolitical Futures, The Anthropocenic Human, that reflects on her long-time interest and research in foundational studies in theories of quantum physics, the nature of nature, and the dynamic properties of living matter. In the Black Lace microscopy and biological Stem Cell works she alluded to performative methodological approaches to art making based on Karen Barad’s metaphysical and counterintuitive interpretations of Bohr’s theories of quantum mechanics; that an object of investigation cannot be accessed outside of human conceptual frameworks to address and provide insights into the nature of causality, identity and nature.

Her research emphasises how human subjectivity is inextricably woven into interconnected structures of knowledge. Her creative process is a combination of intuitive review, using associative, non-explicit methodologies that involve experimentation and theoretical review. She uses site visits, collections, fragments of things, collage and poetics as part of an iterative process, often returning to rework archives, her work explores memory and artistic creation and reception formed around heightened sensory experience.

Professor Roger’s most recent series of photographic works, The Known Unknown, is an on-going folio that explores site-specific expanded photography and concepts drawn from intergenerational epigenetics and post-genomic research. Reflecting on her own close family history and genealogical data, the work draws on research from historical studies of the child welfare system that intersect with epigenetic research into trans-generational transmission of embodied trauma.

The work engages with emergent cross-disciplinary research in biomedicine and the humanities that challenge fundamental assumptions about genetic inheritance, human identity and the dichotomies of nature and nurture based on post-genomic research that suggests that experiences, in the form of epigenetic cues, can be passed down from generation to generation. Her theoretical approaches are drawn from Barad’s account of ethics, quantum entanglement and post-human performativity and Baer's photo-theory frame working of second witnessing. She is developing artwork case studies to engage with theoretical ideas of neuroplasticity and intergenerational epigenetics to position their value within creative research through practice.

Professor Rogers has supervisory expertise across interdisciplinary fields that intersect the arts and humanities, and the life sciences. She is interested in post-human theories that explore affinities between research in advanced life sciences and deep ecologies of human and non-human matter. Her supervision extends across the technical, procedural aspects of interdisciplinary creativity and she is interested in supervising students working across various art forms and research contexts to expand the cultural, ethical and social dimensions of the creative arts.

Supervising current PhD students via the University for the Creative Arts:

Supervising previous PhD students via the University for the Creative Arts:

Danny Aldred, Publishing beyond the glitch, What can we learn from technological deviation and aesthetic misadventures in the making of a bookwork?

Maria Manuela Lopes, Representational Strategies on Alzheimer’s Studies: A Practice-Based Art Research in a Neuroscience Laboratory (based in UK & Lisbon)

2015 – 14th International Meeting of Art and Technology, University of Aveiro

2012 EPRSC funded, Pathways to Impact (PiA) residency in the School of Medicine on Stem Cells and Regenerative Medicine exploring the use of stem cells in the area of Bone and Joint research. The PiA (Pathways to Impact) residency was uniquely devised as a visual arts based research and production project and  site-specific research was produced in association with Professor Richard OC Oreffo and the Bone and Joint Research Group at the Centre for Human Development, Stem Cells and Regeneration, Human Development and Health, Faculty of Medicine at Southampton University.