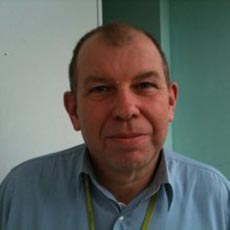 Paul is a lecturer on film production and the admissions tutor for the course. His interests include professional media education, sound production, factual film making and the interface of science and art.

He graduated with a first-class honours degree in Radio, Film & Television and Science from Canterbury Christchurch University and also holds a Postgraduate Diploma (PgDip) in Educational Studies.

Before joining the Film Production team in 2006 Paul worked as an independent factual film maker and in the broadcast television industry.

Paul has travelled and worked extensively in Asia, and his work has included teaching staff at Mongolian National Television.