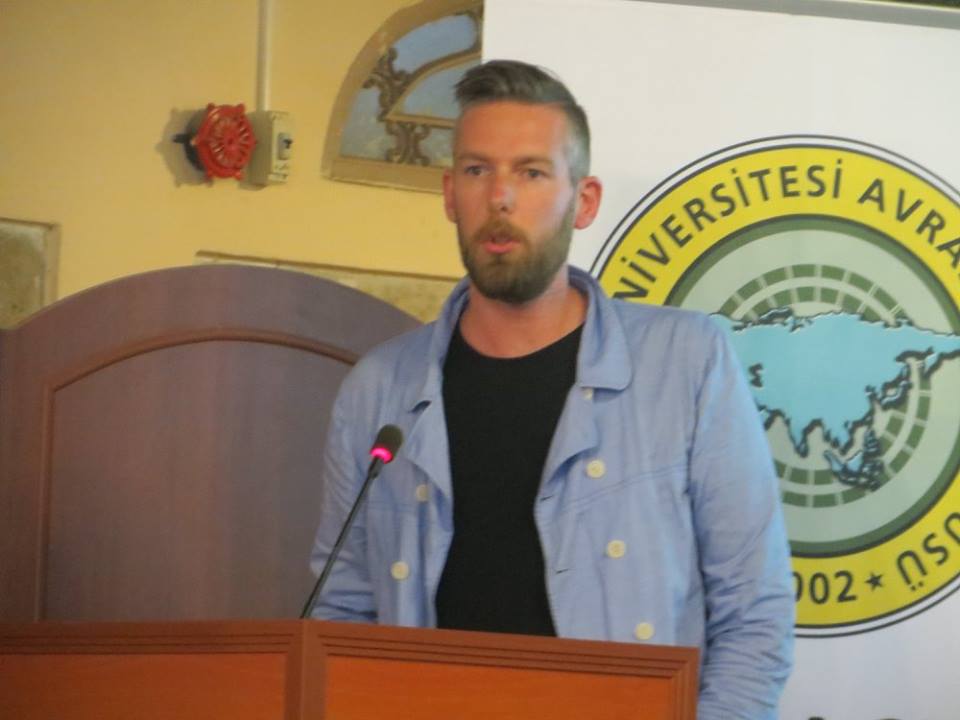 Dr James Trafford is Reader in Philosophy and Design at UCA Epsom.

He is author of The Empire at Home: Internal Colonies and the End of Britain (Pluto, August 2020).

Book description: Modern Britain is forged through the redeployment of structures that facilitated and legitimised slavery, exploitation and extermination. This is the 'Empire at Home' and it is inseparable from the strategies of neo-colonial extraction and oppression of subjects abroad.In Empire at Home, James Trafford develops the notion of internal colonies, arguing that methods and structures used in colonial rule are re-deployed internally in contemporary Britain in order to recreate and solidify imperial power relations. Using examples including housing segregation, targeted surveillance and counter-insurgency techniques used in the fight against terrorism, Trafford reveals Britain's internal colonialism to be a reactive mechanism to retain British sovereignty. As politics appears limited by nationalism and protectionism, Empire at Home issues a powerful challenge to contemporary politics, demanding that Britain as an imperial structure must end.

“The Empire at Home re-centres coloniality in Britain’s past and present in a way that articulates what so many of us experience as the embodied reality of being in Britain, but so rarely get space to voice: that colonialism and its continued methods of control are the daily norms we are necessarily enmeshed within but are prohibited from naming.” (Suhaiymah Manzoor-Khan aka The Brown Hijabi)

'An excellent and intelligently argued book. It neatly charts the transformation of colonial techniques 'at home' and how Britain was reconfigured in postcolonial terms' - Gurminder K Bhambra, author of 'Rethinking Modernity: Postcolonialism and the Sociological Imagination' (Palgrave Macmillan, 2007)

'An indispensable read for those who want to both understand and put aside the at once Eurocentric and nationalist lens of Brexit debates' - Angela Mitropoulos, author of 'Contract and Contagion: From Biopolitics to Oikonomia' (Minor Compositions, 2012) and 'Pandemonium Proliferating Borders of Capital and the Pandemic Swerve' (Pluto, 2020)

'A must-read for understanding Britain today. Britain is colonial, and the beauty of Trafford's riveting book is to show just how much this simple fact explains of recent British history. From nativist Brexit fantasies to the media-sanctioned demonisation of immigrants, the legacies of imperialism loom large' - Nick Srnicek, author of 'Platform Capitalism' (Polity 2016).

'Evocatively written, yet smoothly readable, James Trafford unflinchingly unveils the workings of race as a ‘technology that forms part of the machinery of colonialism’ and which constructs, reproduces and maintains ‘Britain as colonialism’. The Empire at Home is essential reading for a wide-ranging understanding of how and why white Britishness negates those who are ‘in, but not of’ it, and of the contemporary nationalist forces, both right and left, standing in the way of those who, despite everything, practice an ‘entangled politics of care’ that seek to undo Britain’s harms.' – Alana Lentin, author of 'Why Race Still Matters' (Polity, 2020)

James is also author of Meaning in Dialogue (Springer, 2017), and co-editor of Alien Vectors (Routledge, 2019), and Speculative Aesthetics (Urbanomic / MIT Press, 2016), as well as numerous papers and chapters.