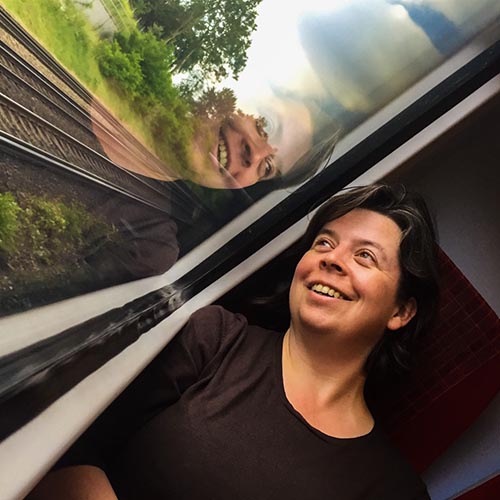 Charis leads our undergraduate and postgraduate Film and TV courses at UCA Farnham.

Charis has worked on the Film Production course at UCA since 2004 and has taught all aspects of film sound, from recording and design through to theories behind the craft.

She has also taught sessions on other UCA courses as well as at the Samsen Kulturhaus, Kristiansand, Norway and Southampton Solent University.

Since 1996 she has been a freelance sound designer and has collaborated with filmmakers such as Michael Clark, Nicolas Roeg and Anthony Fabian, enabling continuous exploration of her core research.

Charis gained her masters degree in Sound For The Screen from Bournemouth University in 2003. She holds a postgraduate certificate in Teaching and Learning in the Creative Arts.

Charis' core research investigates the role of sound in the representation of spaces, with particular focus on personal internal space.