This exhibition presents a range of images from Dominic Janes’s new book, Freak to Chic (Bloomsbury, 2021) on which he has been working as a UCA professorial fellow. He thanks UCA for awarding funding for the copyright permissions for the publication and also for this online exhibition 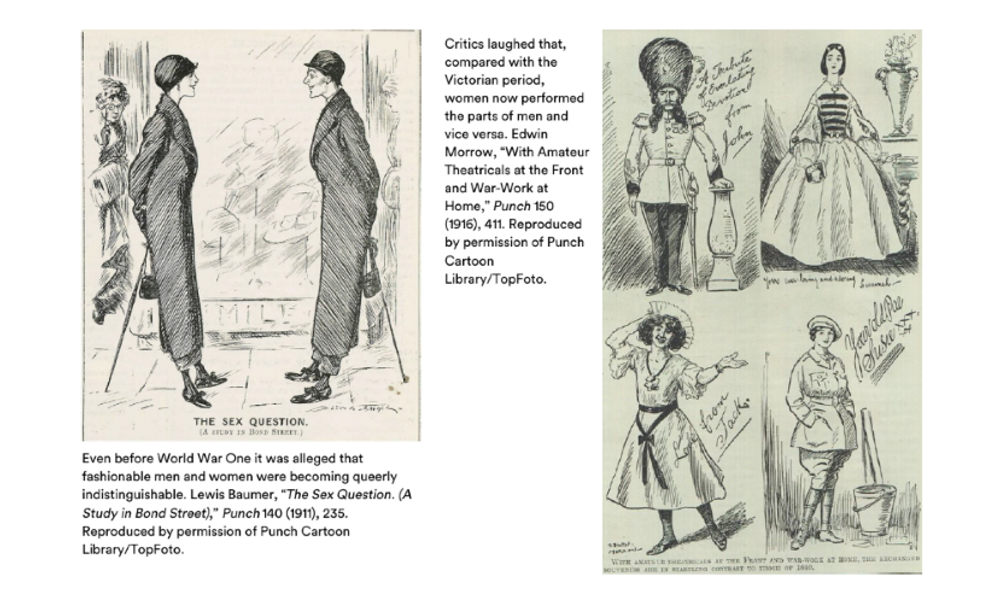 In 1978 the American rhythm-and-blues band Chic released a hit disco song ‘Le Freak’ on their new album C’est Chic. It was inspired by their experience of failing to meet with Grace Jones on New Year’s Eve after being turned away by bouncers at the hot new nightclub Studio 54, which had just opened in New York. The record was a huge commercial success, becoming the best-selling album for their label, Warner Music, prior to Madonna’s ‘Vogue’ (1990). But long before this explicit connections were being made, for instance in interwar London, to the connections between freakishness, beauty and sexuality. For a period during the interwar years queer styles were in fashion. People who had been regarded as freaks became seen as chic. This was a time when openly homosexual sexual expression was illegal, but the worlds of glamour, fashion and art provided rich opportunities for the construction of queer spectacle such that the interwar period saw the appearance of startlingly new fashions for androgynous ‘freak chic’. Queer men gained important roles as photographers and designers working to creating glamorous images for women. This exhibition illustrates the complex ways in which images of women shaped and were shaped by those of men, and the role of both male and female empowerment in that process. Fashion and freakishness remained as attributes of homosexuals even after the vogue for queer style had waned and the word ‘gay’ was increasingly used as a term referring to sexuality. Britain’s interwar ‘freak chic’ remains important to contemporary debates over liberal values due to its resistance to moralism and its celebration of acts of transgressive self-expression.