Cassidy Moses, new Audience Engagement Facilitator at the National Museum of African American History and Culture, tells us how her Fashion Promotion and Imaging degree has helped her career. 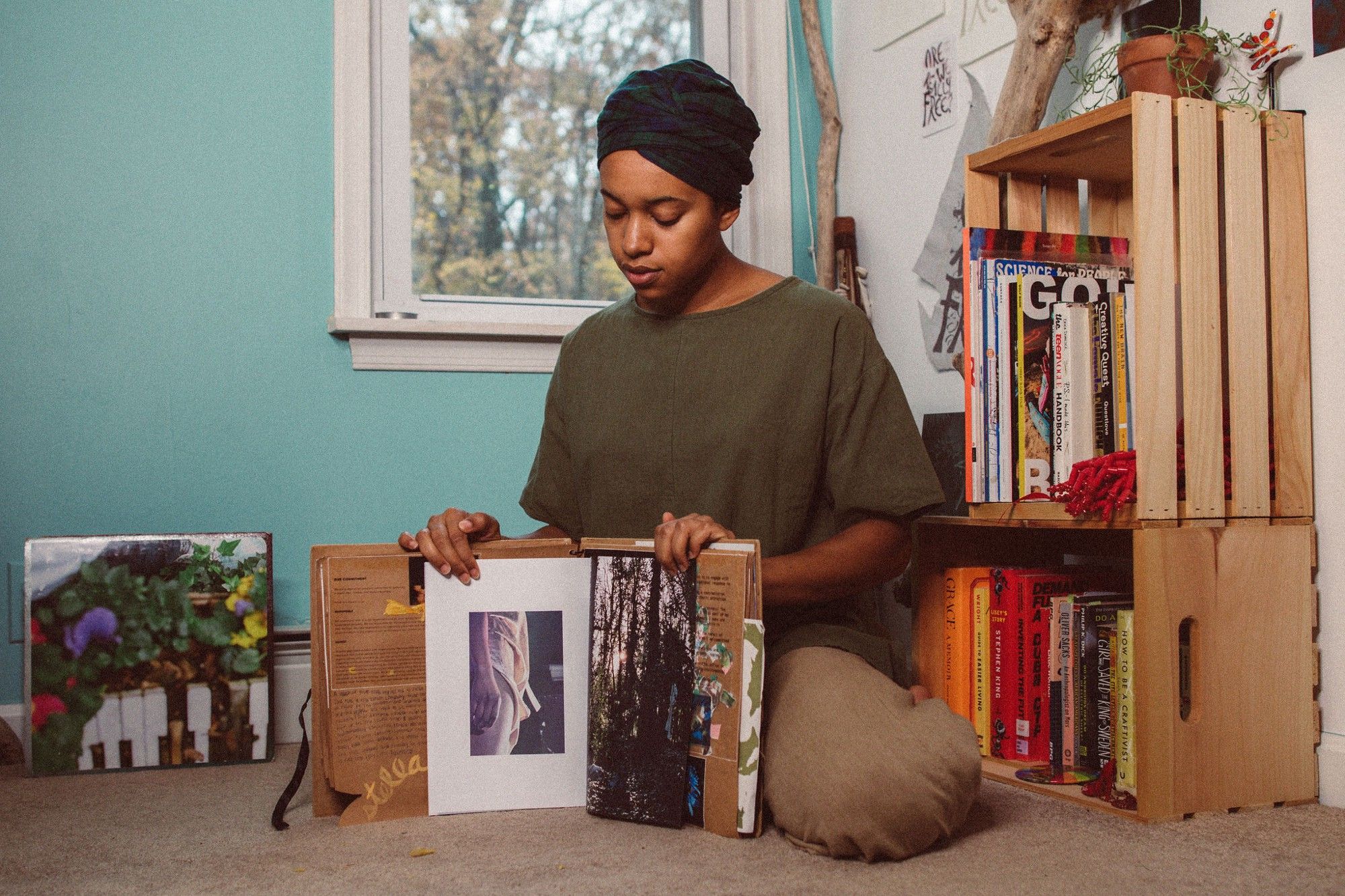 But the skills she gained on her course, coupled with a deep desire to bring art to a wider audience, have earned her an exciting role at the National Museum of African American History and Culture (NMAAHC) in Washington, DC.

Virginia-born with Jamaican heritage, Cassidy came to the UK to study after being inspired by a copy of i-D magazine. She’d never even left the USA before coming to the Epsom campus, but after finding American courses to be too general, she found UCA to offer just the kind of learning environment her creative mind needed.

“In America, you have to take all of these core classes like maths, history, science, etc, alongside your chosen course. But at UCA, all I had to focus on was my creative course and theory, which turned out to be the most enlightening type of study I’ve ever been exposed to,” she says. “It probably had something to do with our incredible tutor, Lynda Fitzwater. We had in depth discussions about theories around sub-cultures, representation, the environment and so much more. Those conversations gave me a firm ground to build my creative ambitions. I felt empowered to express myself through our assignments.”

After she graduated, Cassidy worked with prolific cultural artist Tim Okamura as an office manager, having undertaken a work placement with him during her studies.

“My course drew me towards working for people and organizations that are passionate about bringing art to more people,” she said. “Tim’s paintings represent those who aren’t usually seen in the fine art world, and carry messages of love, peace, and equality.

“While I was studying at UCA, we were encouraged to go to exhibitions regularly, and that exposure had a huge impact on me. I felt connected to artists through their work and had the opportunity to learn more about them through museum programs like talks and screenings. I decided I wanted to be a part of providing that inspiration for others.”

With a recommendation from Tim, together with support from another artist, Charles Jean-Pierre, and one of her UCA tutors, Laura Vent, Cassidy made her first move towards her goal, starting an internship at the National Museum of African Art (NMAfA). The Museum is part of the Smithsonian Institution, the world’s largest museum and research complex, in Washington, DC.

“My summer internship at NMAfA taught me all that goes into planning public programs,” Cassidy explains. “There were so many little checks and balances that had to be worked out, which I didn’t anticipate. I learned that free programs bring people of all backgrounds to a space where we can all feel like students, eager to learn. I felt connected to certain cultures and discovered that the way I had learned about their history when I was growing up had been really muddled.”

She’s most recently become an Audience Engagement Facilitator at the NMAAHC, again located at the Smithsonian.

She helps to organise future public programs and deliver current programs, including See Me, which brings people with Dementia and Alzheimer’s disease into the museum, along with their caregivers.

“It’s a truly remarkable program, because it brings in people who wouldn’t usually feel welcome in the museum setting and presents art to them in a way that they can relate to it. It’s designed to exercise their minds, and possibly trigger their memories,” she says.

Cassidy believes that her course helped her prepare for her new role in more ways than she expected.

“The variety of workshops we had at UCA were always opening up new possibilities for me,” she says. “We learned about public speaking, how to work within a group, and how to market yourself. These experiences have helped me to be able to voice my opinion among colleagues, to have fresh ideas about how programs can function, and to approach planning in a way that keeps me connected to those we are providing for.”

Cassidy hopes to bring mindfulness and wellness into her future programs, and to help instigate positive experiences through history, art and culture.

“People from all backgrounds come to this museum, and that can sometimes heighten tensions,” she said. “But I believe that with the right environment, all of those differences are constructive. They help foster new perspectives and realisations on how we are all connected.”